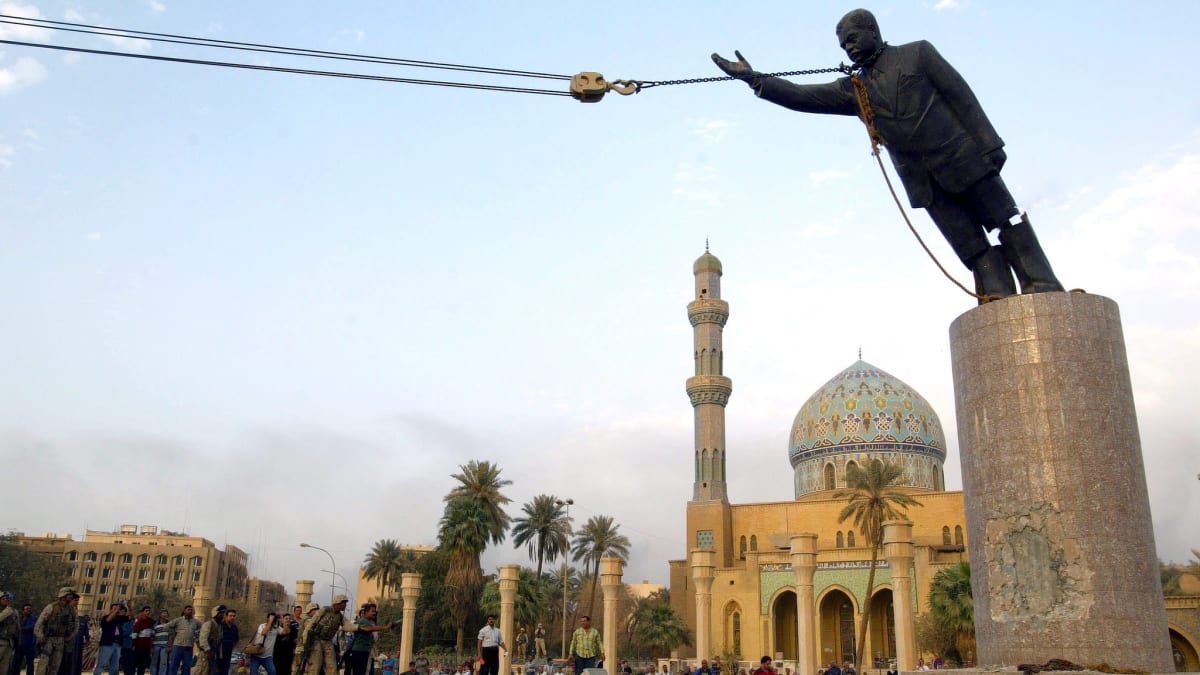 On April 9, 2003, just three weeks after the start of the invasion of Iraq, US forces shot down a bronze statue of Saddam Hussein in Baghdad’s Firdos Square, symbolizing the end of the president’s long and often brutal reign. Iraqi, and a first major victory for the United States.

Dramatic images of the overturned statue and the celebrating citizens were instantly broadcast around the world. With Hussein in hiding and much of the city now under American control, the events of the day later became known as the Fall of Baghdad.

“Saddam Hussein is now taking his rightful place alongside Hitler, Stalin, Lenin, Ceausescu in the pantheon of failed brutal dictators, and the Iraqi people are on their way to freedom,” the secretary said. Defense at the time, Donald H. Rumsfeld in a press release. Pentagon briefing.

The war in Iraq was far from over, however. Hussein was captured by American forces in December 2003 and executed in December 2006, but the United States will not formally withdraw from Iraq until December 2011, eight years after the start of the conflict.