Everything old is new again, right? It definitely seems like if you wait long enough, everything from fashion to toys to music and other art comes back in style one day – even if those of us who were around the first time wish it wouldn’t (looking at you, 80s “fashion”).

If you’re someone who loves a good dose of nostalgia now and then, or maybe if you’re a parent who would love to introduce your own kids to some of the favorite toys of your youth, we’ve got good news – these 12 toys are still out there and available for purchase today! 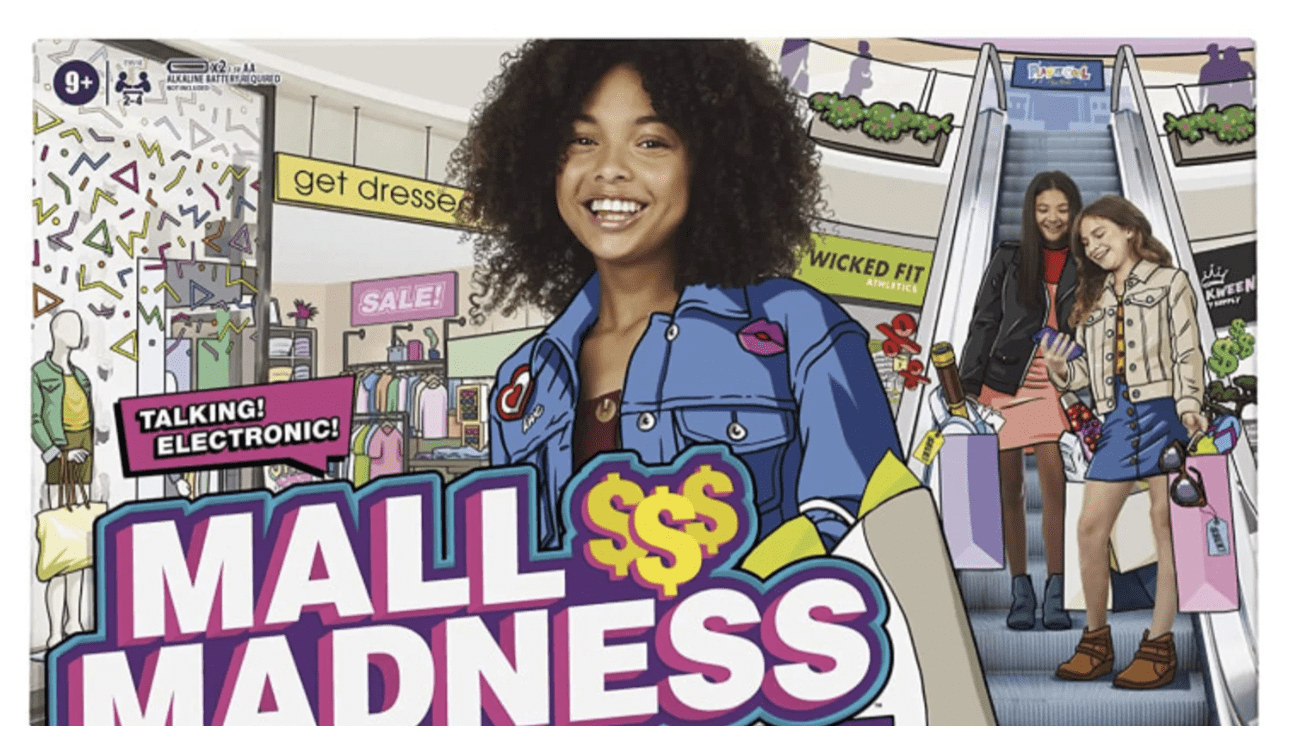 Back in the 80s and 90s, we entertained ourselves on the weekends and after school with our friends at the mall, so what could have been more natural than a game where we got to shop where we dropped – all with credit cards we didn’t have to beg off our parents?

Mall Madness is still a thing, even as critics repeatedly called it out for encouraging reckless spending, so although you might have to explain the whole “mall” thing to your tweens, you can definitely bring it home. 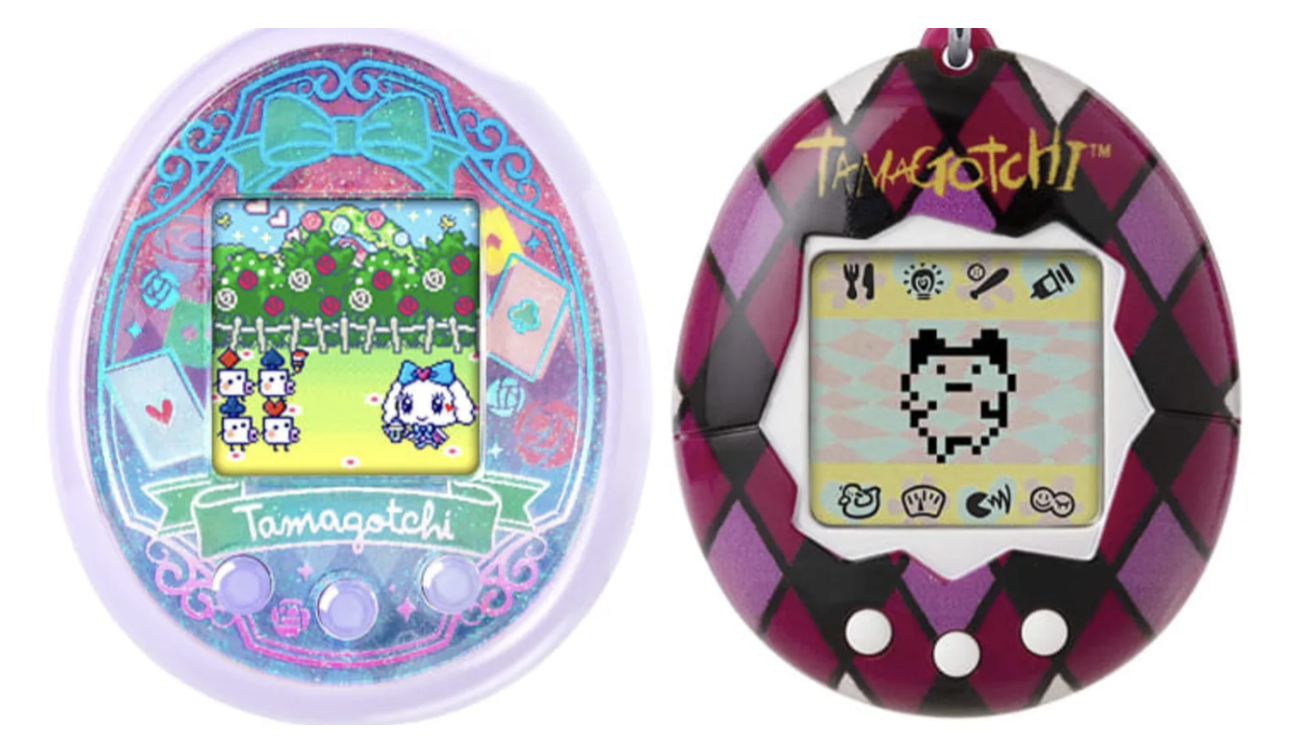 The 80s and 90s had several options for those of us whose parents refused to let us get an actual pet, and for more than 20 years, Tamagotchis were a favorite virtual option. 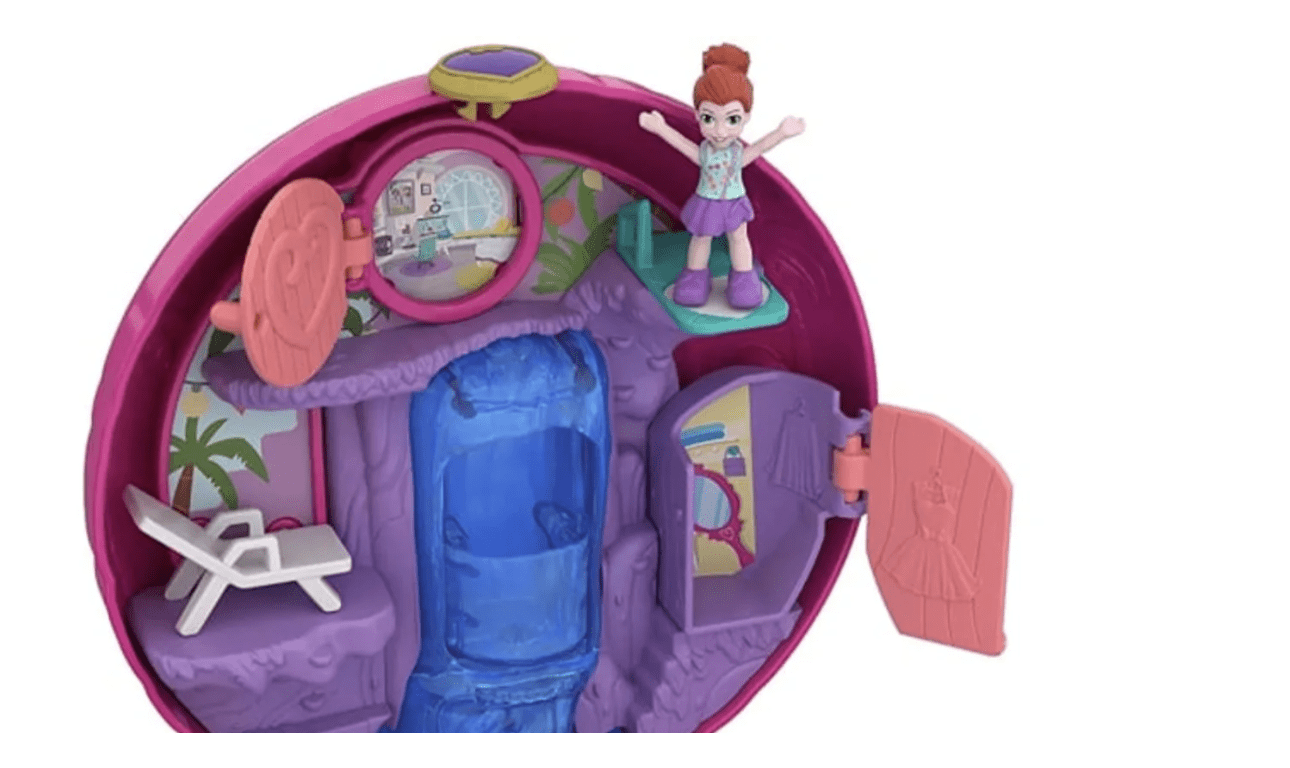 Chris Wiggs was a dad who wanted a toy that his daughter could take on the go, and so he invented one.

Polly Pocket hit shelves in 1989 and now there’s a 30th anniversary edition that I’m sure little girls are going to love.

And also every Millennial who picks one up for themselves. 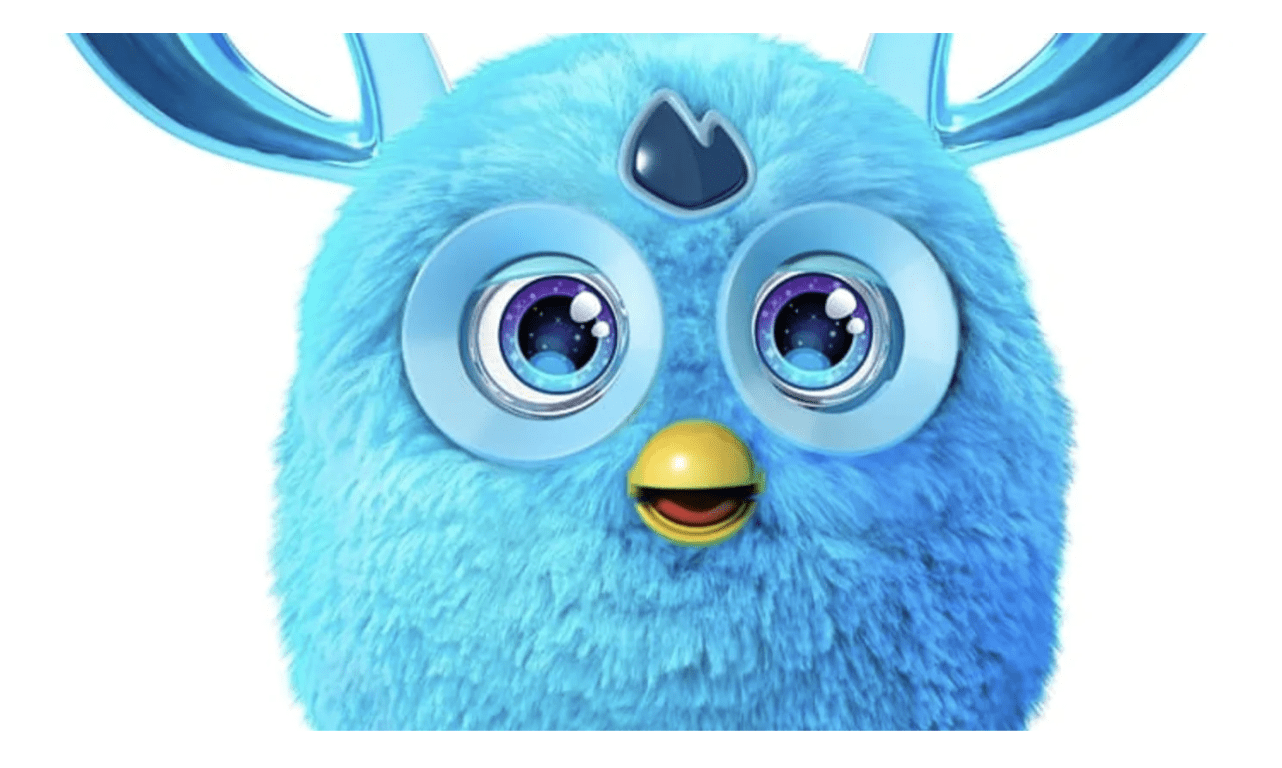 Personally, I always thought Furbies were a little too much like gremlins to invite into my home, but other kids really did love them.

Today’s Furbies can learn English, and you can download an app that lets you explore the world together.

The originals can still be found, but you’ll pay a bit more on second hand sites. 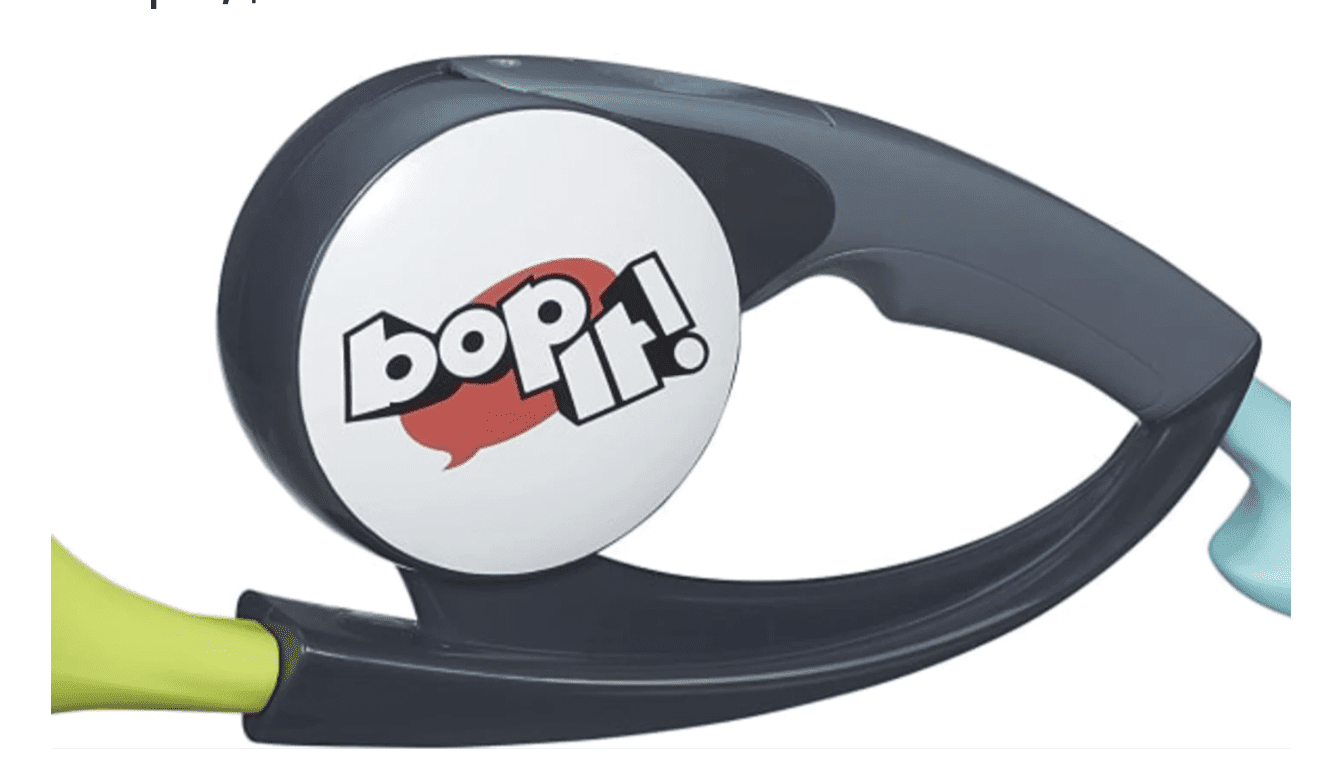 Who among us has not flung a Bop-It across the room after failing once again to keep up with the madness?

Now your kids can experience the same frustration – or even an enhanced version – for a small fee, and who doesn’t want that? 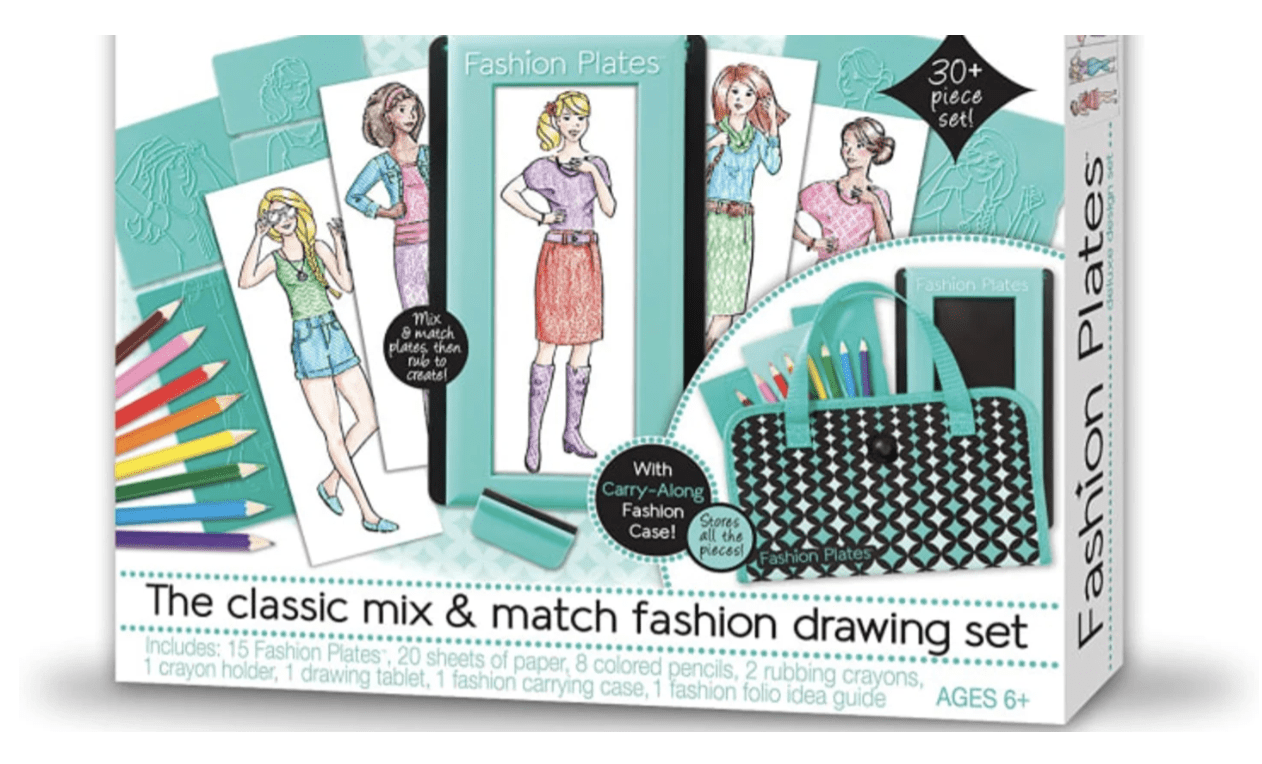 Okay, as a young girl who was fascinated by fashion, I loved a good Fashion Plates kit – and now the same basic concept is available for small Project Runway fans today.

They’re more fashion forward (and contain fewer shoulder pads) than the original version but I promise, kids are going to love them. 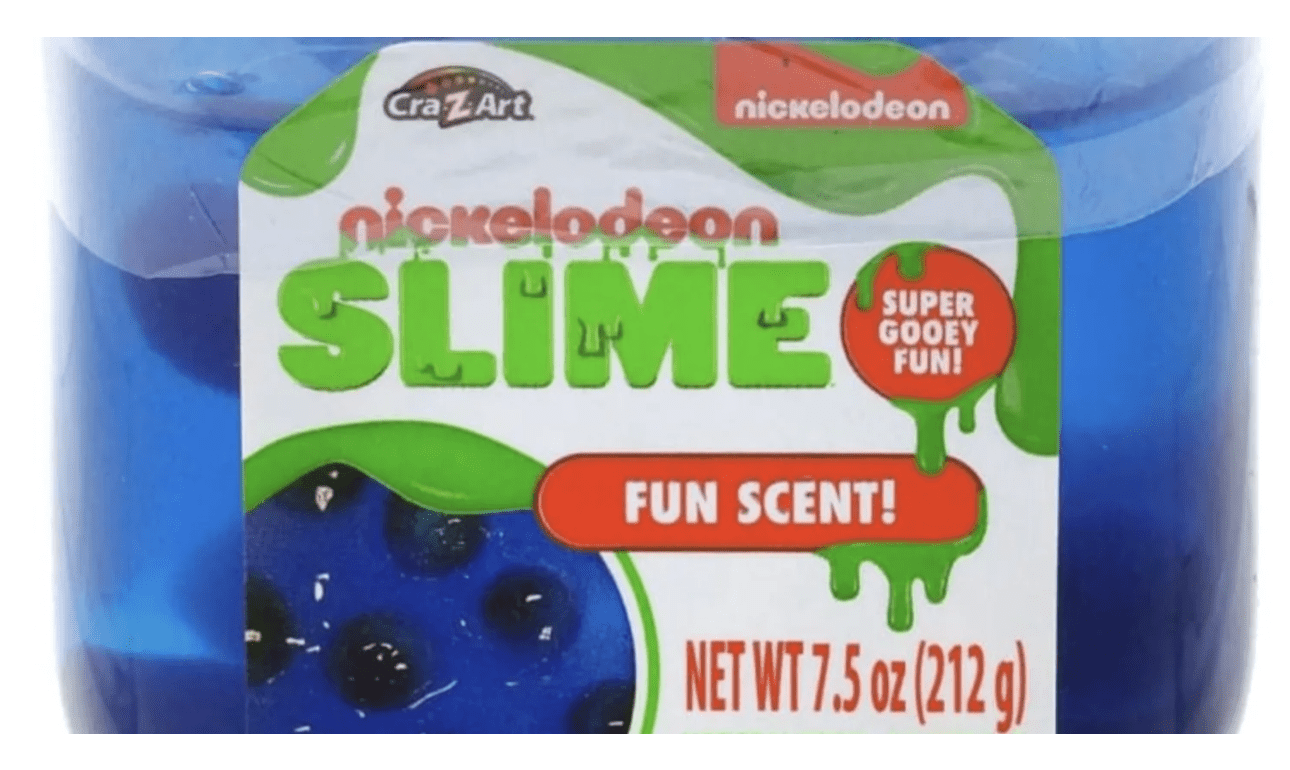 While Nickelodeon might have experienced their peak back in the 90’s with You Can’t Do That On Television they’ve still got a decent bit of content today.

Your kids likely enjoy watching their programming, so why not introduce them to some good ol’ slime, too?

It even smells good, so there’s that. 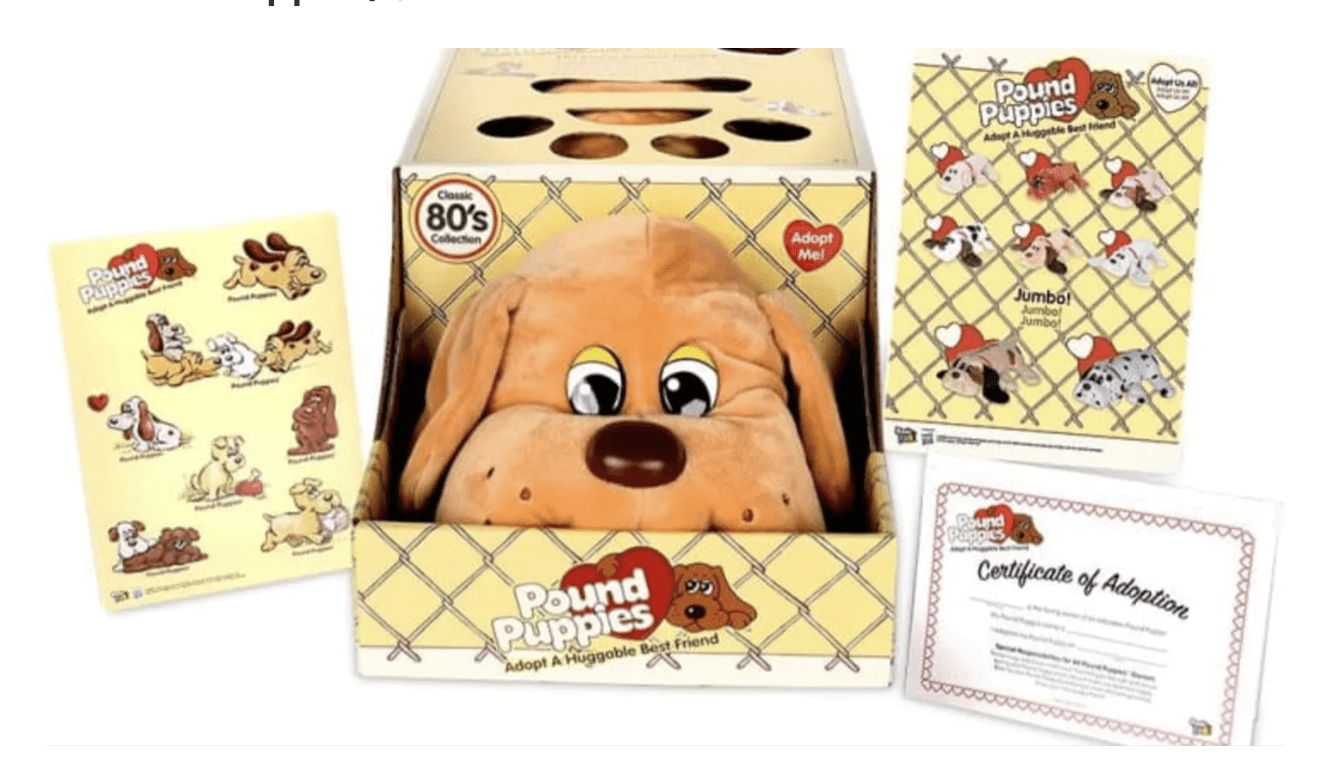 Y’all, these were my jam because my parents staunchly refused to get a dog for the duration of my childhood.

You basically adopted a puppy (or later a cat) of your own that came with a sticker sheet, a name tag, and a snuggly face.

And guess what? They’re still around! 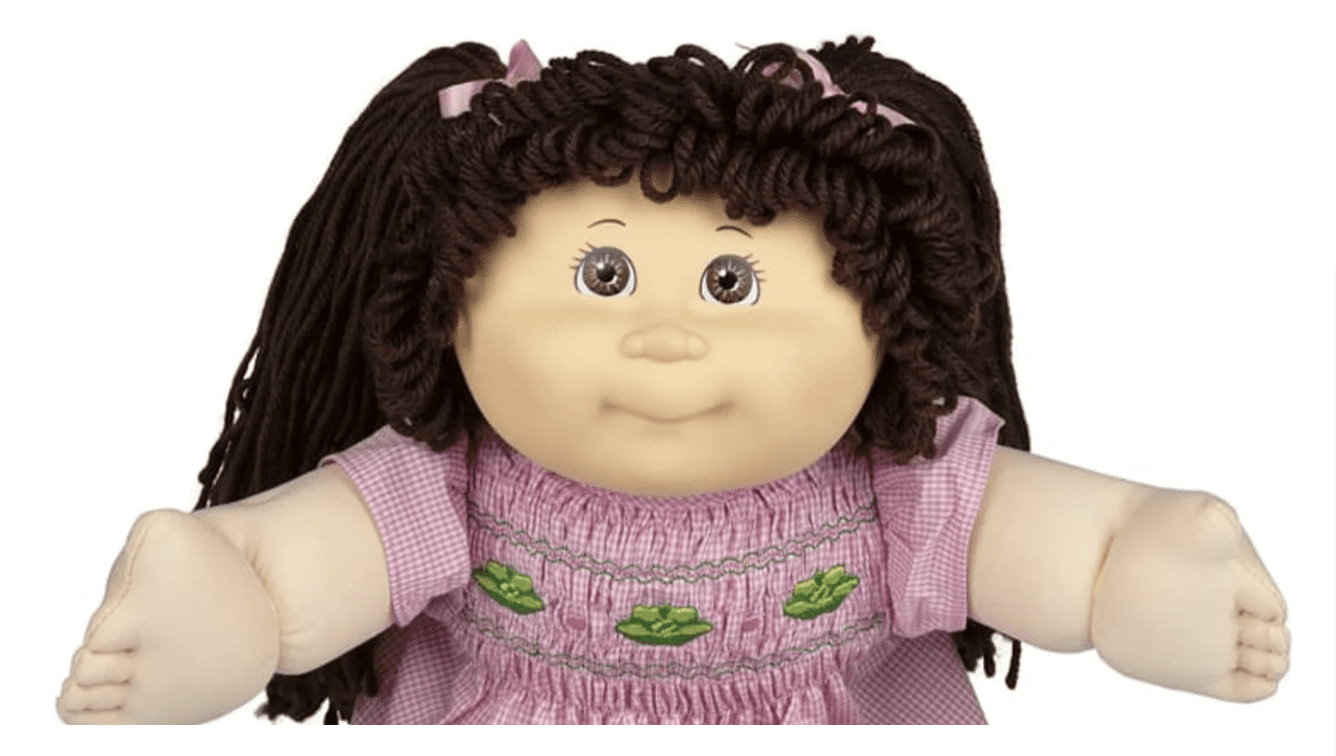 Literally everyone had to have a Cabbage Patch Kid back in the day, and most of us had an entire brood, not just one.

You can find the original versions pretty easily online if you’re interested, and they still come with a name, birth certificate, and adoption papers (and I hear they’re cheaper than American Girl dolls, too). 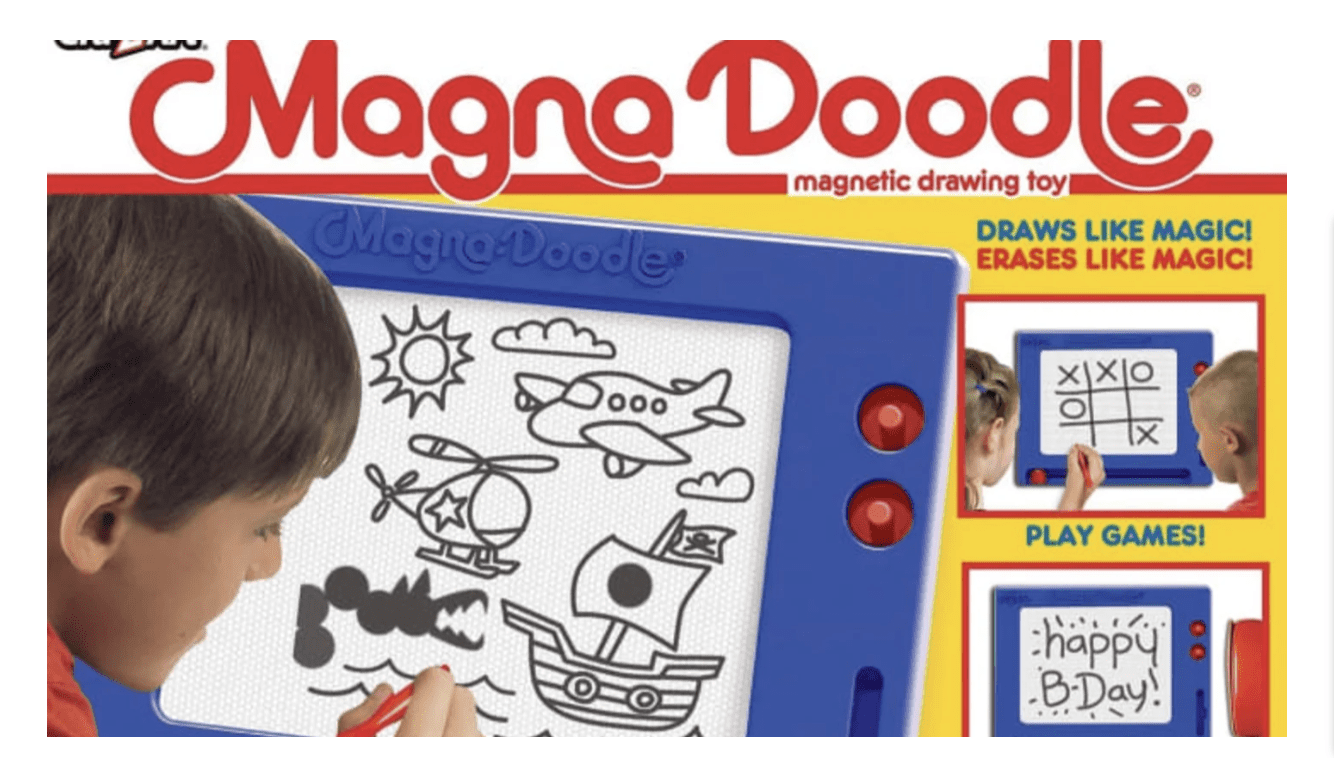 If you ask me, the Magna Doodle has always been cooler than an Etch A Sketch.

Introduced as a “dustless chalkboard,” there is literally nothing not to love about them – not in the 80s, and not today. 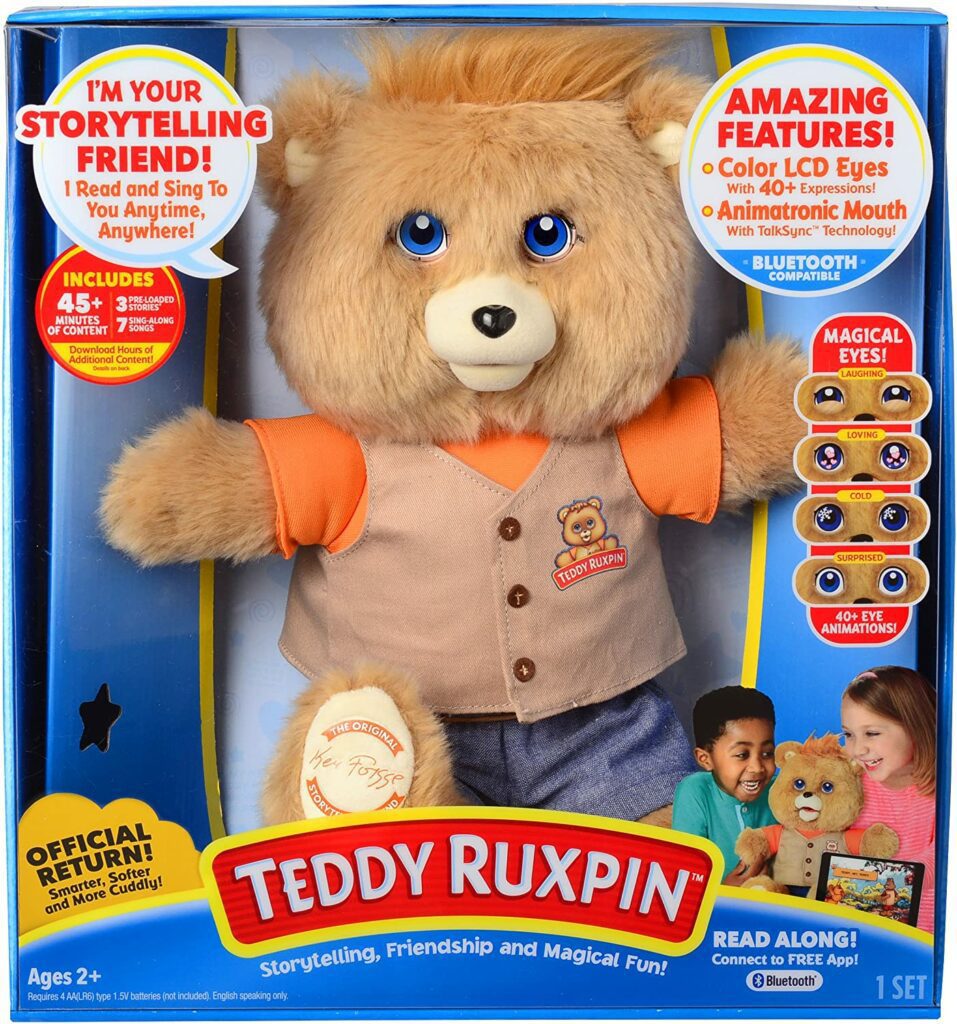 This was another toy that never sat very well with me (too creepy) but apparently there are enough people who feel differently that an updated version is available online.

The new version is Bluetooth-enabled and comes loaded with 45 minutes of stories and songs, has 40 eye animations (no thank you), and is bound to entertain your little for hours. 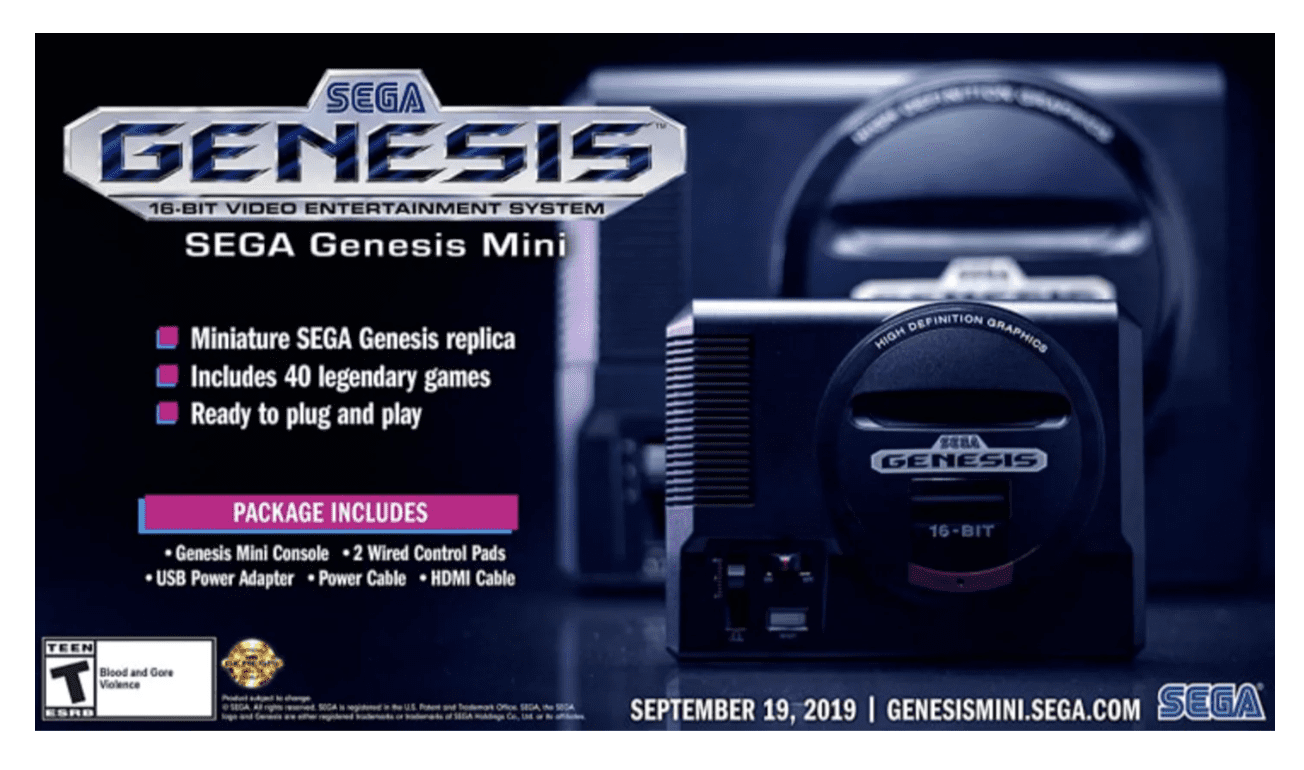 If you’re a person of a certain age, there’s almost no chance you grew up in a house without a SEGA, a Nintendo, or both.

Now you can buy miniature replicas of each, with era-accurate controllers and loaded with classic titles that even kids today will be excited to see.

I don’t know about you, but I think I have some money to spend.

Which one of these had you reaching for your credit card? Let us know in the comments!