At the same time with Jonathan Cohen: is the title a reference to Emmanuel Macron? -… 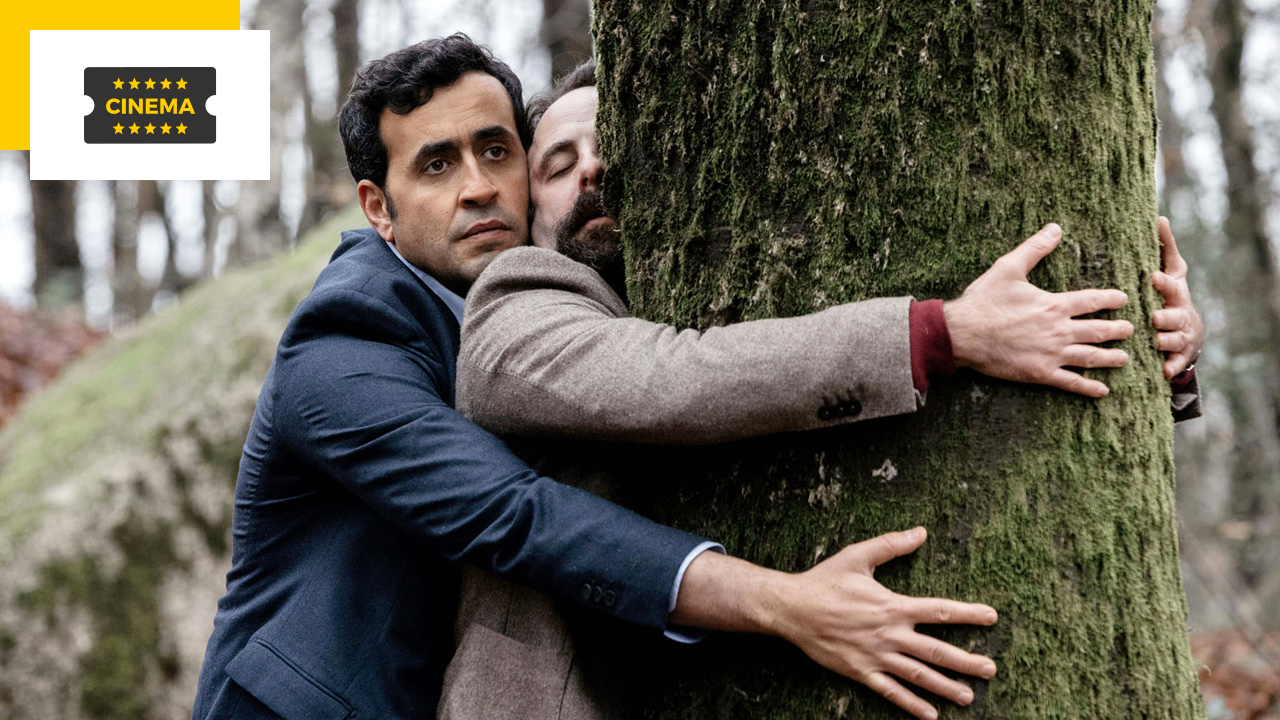 At the same time, a new work from the eccentric minds of Kervern and Delépine has just landed in cinemas. But why did they choose this evocative title?

At the same time, a wacky new film by the duo Benoît Delépine and Gustave Kervern, has been in theaters since April 6.

The film is carried in particular by Jonathan Cohen, who embodies an uninhibited right-wing mayor. On the eve of a vote to approve the construction of a leisure park in place of a primary forest, he tries to corrupt his ecologist colleague, camped by Vincent Macaigne.

But they get tricked by a group of young feminist activists who manage to stick them together. A crazy night then begins for the two men, united against their will.

After making fun of the GAFAM (Google, Apple, Facebook, Amazon and Microsoft) in Erase History (2020), the Grolandese tandem Kervern / Delépine is attacking the world of politics with the same acerbic verve that characterizes them.

“For 20 years, thanks to the cinema, we have been trying to embrace the questions that agitate our contemporary society and our little personal lives. This time they were all on break, stunned by the covid”says Benoît Delépine in the press kit for the film.

“We could have talked about this amazement, but we thought that many other filmmakers would do it. And then, in a great burst of life-saving laughter, came this incongruous image of two politicians glued to each other. ‘other against their will’says the director.

“AT THE SAME TIME”, A REFERENCE TO EMMANUEL MACRON?

Why did the filmmakers opt for this evocative title, which recalls a certain favorite formula of Emmanuel Macron? The film was originally intended to be titled national union but the directors found this title a little too martial. At the same time imposed itself.

“A politician is quite simply the quintessence of a human being in the current period. He is like those circus artists who have to juggle plates. He runs from plate to plate to prevent them from falling. what we are all doing to avoid catastrophe”explains Gustave Kervern.

“That being said, the principle of “at the same time” for a politician, in the face of the chaos that is looming, is the absolute certainty of going straight into the wall”he adds.

For his accomplice Benoît Delépine, this title is both current (“we can see an attack on Macronism”) and timeless (“in 20 years we won’t give a damn about Macronism”), which expresses the difficulty of satisfying everyone and making real political choices.

For the directors, it was important to take stock of political power in France, especially in the year when the presidential elections are taking place.

“As far as I am concerned, my father having been mayor of a village in Picardy for almost 40 years, and closely following the life of my village in Charente, I found it interesting to paint a human portrait of those who govern us. With their good and bad intentions. Their limits. Their anxieties too”specifies Benoît Delépine.

The film thus stages Molitor and Béquet, two different types of politicians. The first is an environmentalist who really believes in what he says but no one listens.

The second is “a prototype of a far-right guy, but who surfs on these ideas to go in the direction of the voters, who are more and more sensitive to keeping their little backyard. He is an opportunist who takes advantage of his status and that people take it more seriously because it seems more assertive and more authoritative”concludes Gustave Kervern.

Simultaneously has been in theaters since April 6.