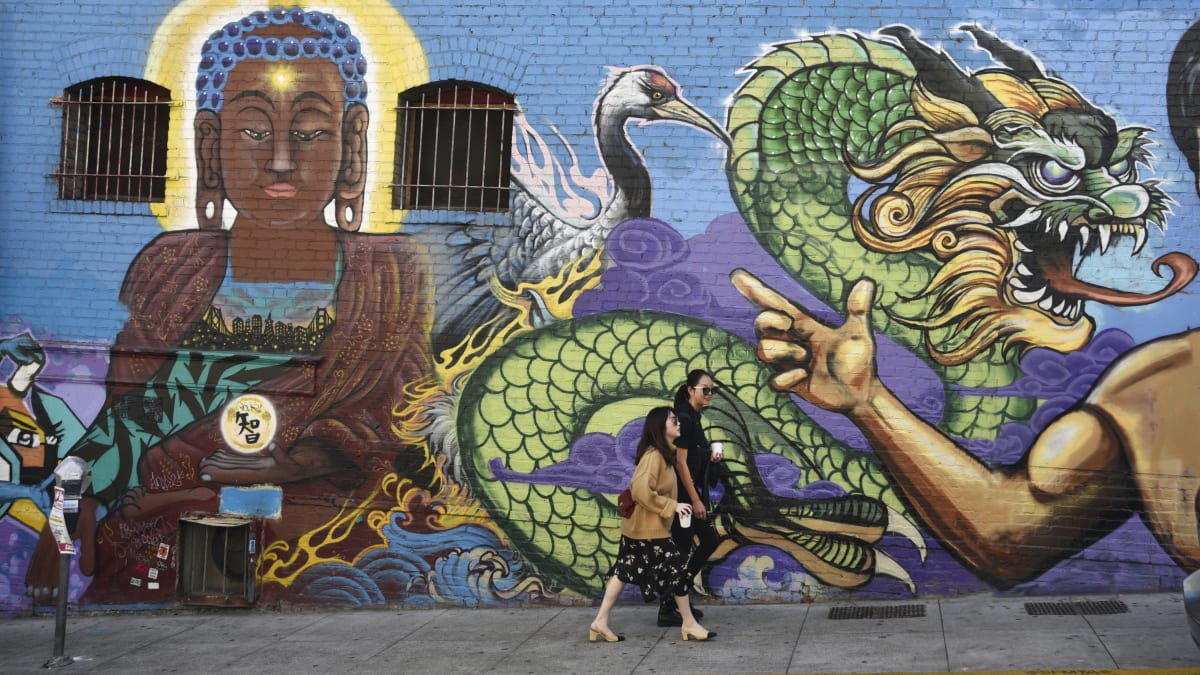 Asian American and Pacific Islander Heritage Month (AAPI Heritage Month) is an annual observance that recognizes the historical and cultural contributions of individuals and groups of Asian and Pacific Islander descent to the United States. The umbrella term AAPI includes cultures from across the Asian continent – ​​including East, Southeast and South Asia – and the Pacific islands of Melanesia, Micronesia and Polynesia. In 2019, there were approximately 22.9 million people of Asian or Pacific Islander descent in the United States. According to the Pew Research Center, AAPIs are a diverse and growing population that make up approximately 7% of the total US population. AAPI Heritage Month 2022 will run from Sunday May 1st to Tuesday May 31st.

The effort to officially recognize the contributions of Asian Americans and Pacific Islanders to the United States began in the late 1970s and took more than 10 years to turn into a permanent month-long celebration.

In 1977, New York Rep. Frank Horton introduced Joint House Resolution 540, which proposed to proclaim the first 10 days of May Asian/Pacific American Heritage Week. Hawaiian Senator Daniel Inouye introduced a similar joint resolution the same year. When the resolutions failed to pass, Rep. Horton introduced Joint House Resolution 1007 the following year, which called on the Speaker to proclaim a week in the first 10 days of May beginning in 1979, including May 7 and 10, as Asian/Pacific American Heritage Week. .

After the House and Senate passed the resolution, President Jimmy Carter signed it into Public Law 95-419 on October 5, 1978. From 1980 to 1990, each president passed annual proclamations for Asian Heritage Week / american pacific. In 1990, Congress extended the observance from one week to one month. The month of May was designated as Asian/Pacific American Heritage Month annually in 1992 during the George H.W. Bush administration with the passage of Public Law 102-540. Asian/Pacific Heritage Month was renamed AAPI Heritage Month in 2009.

Why are we celebrating AAPI Heritage Month?

Asian Americans and Pacific Islanders have contributed significantly to many facets of American culture and society, including science and medicine, literature and art, sports and recreation , government and politics, activism and law. In 2021, Kamala Harris became the first Asian American Vice President of the United States. In film history, the people, stories and traditions of AAPI became more visible with South Korean director Bong Joon Ho. Parasite winning the Best Picture Oscar of 2019 and the release of Shang-Chi and the Legend of the Ten Rings in 2021, debuting Marvel‘s first Asian superhero.

AAPIs have a long history in the United States, despite the stereotype that they are “perpetual foreigners”, the idea that Asian Americans and Pacific Islanders are inherently foreign, other, and not truly American. According to Bering’s land bridge theory, Asians first migrated to what is now known as North America over 15,000 years ago via a land bridge between Asia and America North. In the 16th century, Filipinos fleeing forced labor and slavery during the Spanish galleon trade immigrated to North America, eventually establishing a colony in St. Malo, Louisiana in 1763. During the Gold Rush In 1850s California, a wave of Asian immigrants came to the West Coast and provided labor for gold mines, factories and the transcontinental railroad. In 1882, Congress enacted the Chinese Exclusion Act, which banned Chinese immigration for 20 years.

Japanese and Koreans began immigrating to the United States in 1885 to replace Chinese labor in railroad construction, agriculture, and fishing. However, in 1907, Japanese immigration was restricted by a “Gentlemen’s Agreement” between the United States and Japan. The civil rights movement contributed to the liberalization of immigration laws. The Immigration and Nationality Act of 1965 changed restrictive national origin quotas and allowed large numbers of Asians and Pacific Islanders to come to the United States with their families. In the mid-1970s, refugees from Southeast Asia such as Vietnam, Cambodia, and Laos came to the United States to escape war, violence, and hardship.

Today, Asian Americans and Pacific Islanders are the fastest growing racial group in the United States. AAPI Heritage Month celebrates the unique journey of all AAPI immigrants and citizens in the United States and their unique life experiences, traditions and cultures

Since immigrating to the United States, Asians have faced xenophobia, racism, prejudice and violence. Chinese laborers were abused, robbed, and murdered in San Francisco in the 1850s. In 1854, the California Supreme Court ruled in People v. Hall that people of Asian descent could not testify against a white person in court, which meant that white people could avoid being punished for anti-Asian crimes.

During World War II, from 1942 to 1945, people of Japanese descent were incarcerated in internment camps across the country. In 1982, Chinese-American Vincent Chin was murdered by two white men in Detroit because they believed Asians were taking jobs in the auto industry from whites. In March 2021, a man fatally shot six Asian women at three Atlanta-area spas.

At the start of the Covid-19 pandemic, racist and xenophobic rhetoric about the origins of the virus led to a spike in anti-Asian racism and violence, with AAPI people of all ages and cultures being verbally and physically harassed and murdered in cities across the United States. In response to rising anti-Asian violence, the AAPI Equity Alliance, Chinese for Affirmative Action, and the Department of Asian American Studies at San Francisco State University launched the Stop AAPI Hate Coalition on March 19. 2020. The coalition tracks and responds to violence, hatred, harassment, discrimination, avoidance and intimidation of AAPI people.

In January 2021, the White House issued a “Memorandum Condemning and Combating Racism, Xenophobia, and Intolerance Against Asian Americans and Pacific Islanders in the United States”, acknowledging their role in promoting feelings xenophobic and proposing ways to prevent discrimination, harassment, bullying, and hate crimes against AAPI individuals.

AAPI Heritage Month 2022 commemorates the victims of the 2021 spa shootings as well as all other Asian Americans and Pacific Islanders who have been lost to anti-Asian violence during the pandemic and across the story.

Why the Date of AAPI Heritage Month Matters

May was chosen for AAPI Heritage Month as it commemorates the immigration of the first Japanese to the United States on May 7, 1843. May is also an important month as it recognizes Golden Spike Day, May 10, 1869, which marks the completion of the transcontinental railway which was built with significant contributions from Chinese workers.

How President Buchanan Deepened Divisions Over Slavery Before the Civil War

Which Countries Were Neutral During World War II?