April’s films and series on Prime Video: a western with Josh Brolin, the trilogy… 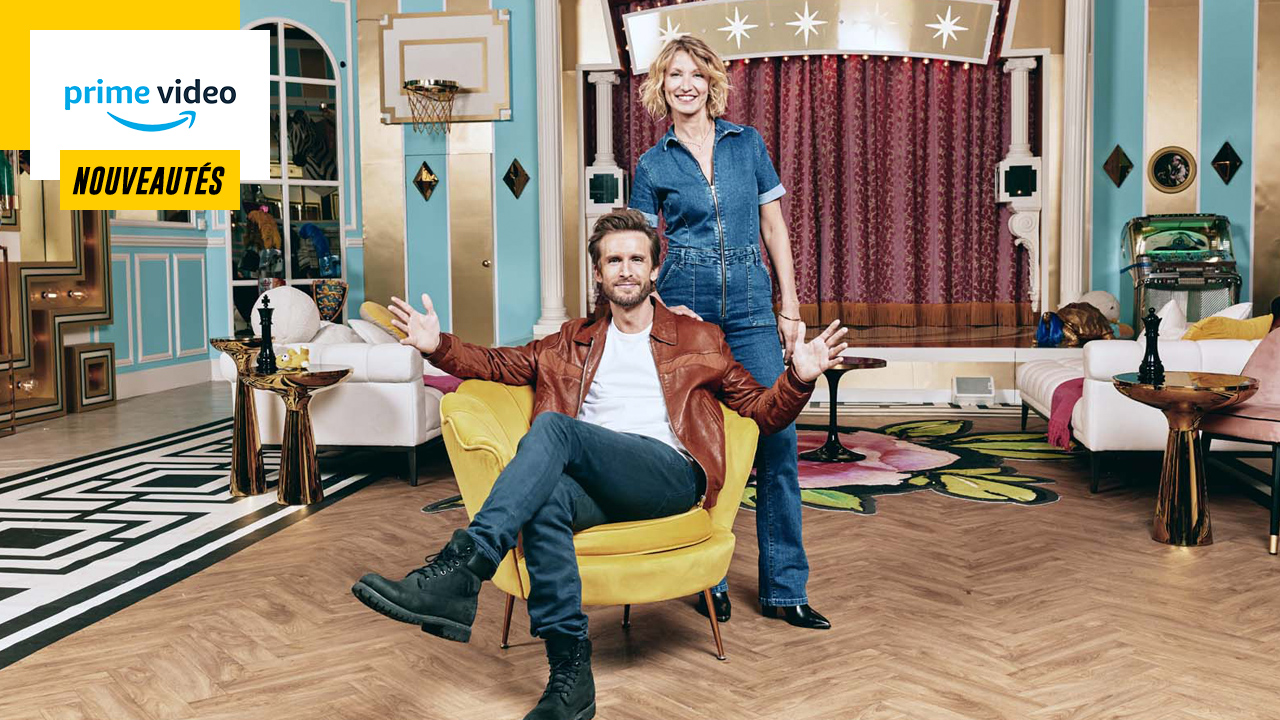 April arrives loaded with new features on Prime Video! A hilarious show full of celebrities, an esoteric western series and thrilling action films: something to delight all thrill seekers, for a month that smells like spring.

The delirious entertainment program LOL: who laughs, comes out! returns for a second season with a new cast on April 1st, and it’s no coincidence!

Eric Judor and Ramzy Bedia, Gérard Darmon, Audrey Fleurot, Panayotis Pascot and many others must oppose gags and incredible situations with a single goal: to make the other participants laugh. Because the rule is simple: the last person not to laugh during the 6 hours of the show wins a huge check for the association of their choice.

On the program: 6 episodes of 30 minutes with a plethora of guests and surprises that punctuate this marathon of laughter directed by Philippe Lacheau and Alexandra Lamy, big winner of the first edition which was a success.

The confines of Wyoming are full of dark secrets, and we don’t mind. After a few notable appearances in the field of science fiction with the role of the mythical Thanos in the Marvel universe, then that of Gurney Halleck in the essential Dune by Denis Villeneuve, Josh Brolin returns to a more down-to-earth role. , that of a ranch boss, modern cowboy and main protagonist of Outer Range.

Between a difficult mourning and the arrival of a mysterious black hole in the middle of his land, the certainties and the spirituality of the whole community find themselves put to the test. Strong themes associated with an artistic direction halfway between esotericism and western: here is something to tickle our curiosity.

Outer Range is available from April 15 on Prime Video, with 2 episodes unveiled every Friday for 4 weeks… just to keep us going!

Unceremoniously fired by the Marines, Sergeant James Harper, played by Chris Pine, is forced back into service for an elite group of soldiers serving the President of the United States… Or so he believes. , until he doubts the validity of his mission. But in a business where asking questions is generally frowned upon, the stalking turns against him. The Contractor, or 1h43 of twists and turns in an action-thriller filled with testosterone.

The knife by the blade – Friday, April 8

It is often said that you should not mix work and romantic relationships, especially if you are a spy for the CIA. In Knife with a Blade, Celia and Henry reunite several years after their separation, but this reunion may not be so innocent. When the sensitive file of a hostage-taking resurfaces, it also brings up the demons of their relationship. A real sentimental thriller brilliantly worn by the couple Chris Pine and Thandiwe Newton, to see from April 8 on Prime Video.

In the midst of mourning his wife, Gary (Josh Gad) tries to move forward as best he can in his personal life and his relationship with his daughter. But when a car accident precipitates their meeting with the enigmatic Mary (Isla Fisher), she takes on a special place in the family. They say nothing happens by chance, so maybe their fates are indeed linked? The Wolf Like Me series, written and directed by Abe Forsythe, will be available April 8 on Prime Video.

In Bang Bang Baby, a series created by Andrea Di Stefano, we follow Alice, who is 16 years old in 1986 when she learns that her father, whom she believed to be dead, is in prison. Her monotonous daily life as an Italian teenager then turns into a snap of her fingers as she finds herself rushed into a world she is completely unaware of: that of the mafia to which her father belonged. How far will Alice go for the love of a father she thought was gone forever? Answer April 28 on Prime Video.

CLAPS FILMS OF THE MONTH OF APRIL

We Three or Nothing – Friday, April 1

In the shoes of John Malkovich – Friday, April 1

Under the same roof – Friday, April 1