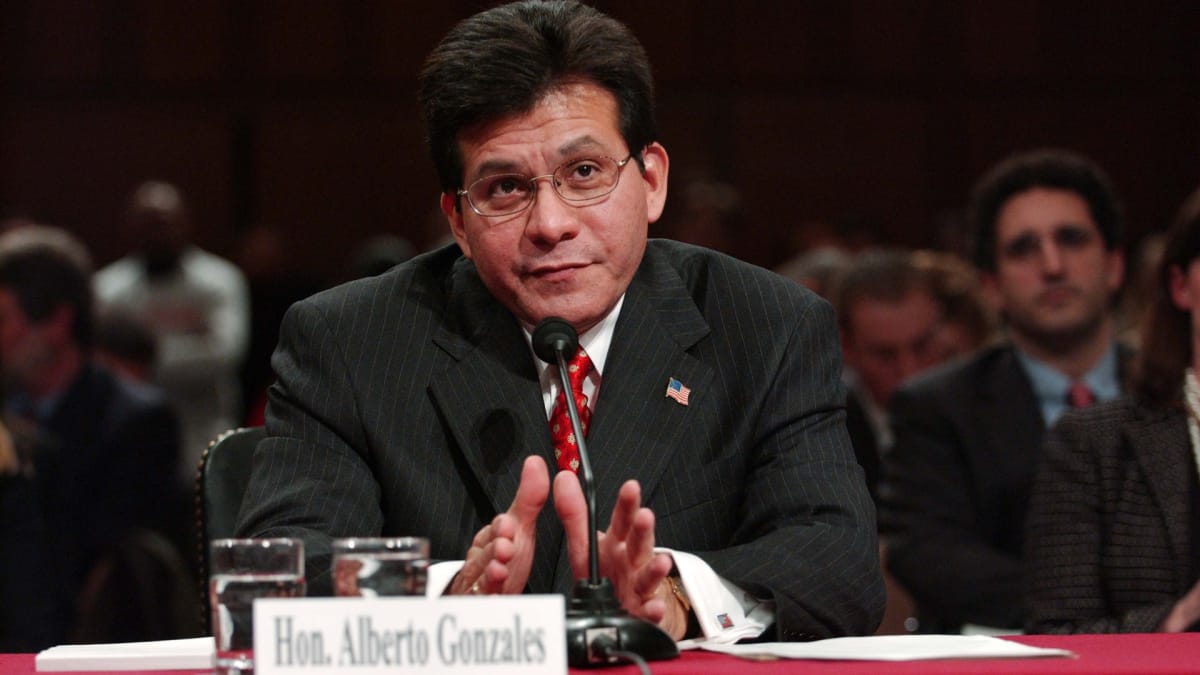 On February 3, 2005, Alberto Gonzales won Senate confirmation as the country’s first Hispanic Attorney General despite protests over his record in torture.

The Senate approved his nomination on a largely partisan 60-36 vote, reflecting a divide between Republicans and Democrats over whether the administration’s counterterrorism policies had led to prisoner abuse in Iraq and elsewhere. Shortly after the Senate vote, Vice President Dick Cheney was sworn in to Gonzales as attorney general in a small ceremony in the Roosevelt Room of the White House. President Bush, who was traveling, called to congratulate him.

Gonzales was born in 1955 in San Antonio, Texas, the son of migrant workers and raised in a small, overcrowded house in Houston with no hot water or a phone. He joined the US Air Force in 1973 after graduating from high school. After a few years of service, Gonzales attended the US Air Force Academy.

After leaving the military, Gonzales attended Rice University and Harvard Law School before Bush, then governor of Texas, chose him in 1995 to become his general counsel in Austin and, in 2001, took him to Washington as lawyer at the White House. In this new role, Gonzales championed an extension of the USA Patriot Act.

After Gonzales became attorney general, he faced scrutiny over some of his actions, including the firing of several American lawyers and his defense of Bush’s domestic eavesdropping program. The layoffs were the subject of a Senate Judiciary Committee in 2007. Concerns about the veracity of some of his statements as well as his general jurisdiction have also started to emerge.

Democrats have started calling for his resignation and more inquiries, but President Bush defended his nomination, saying Gonzales was “an honest and honorable man I trust,” according to an Associated Press report. .

A few months later, however, Gonzales decided to resign.

On August 27, he made a brief statement announcing his resignation (effective September 17), stating that “it has been one of my greatest privileges to lead the Department of Justice”. He gave no explanation for his departure. In his resignation letter, Gonzales simply said that “. . . now is the right time for me and my family to start a new chapter in our life.