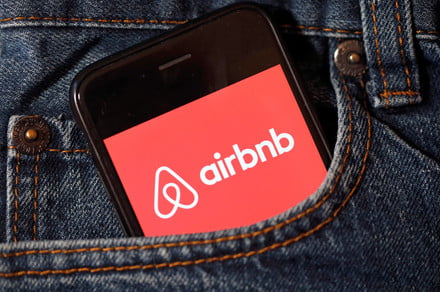 No surprises, it’s been a rough 12 months for Airbnb.

As the Covid-19 pandemic took hold last year, the vacation rental company and its millions of hosts saw bookings plummet globally, leaving it with little choice but to try to ride out the storm.

With vaccination programs now rolling out across the world, Airbnb and the wider travel industry is hoping 2021 will mark the start of a meaningful recovery as folks who’ve been cooped up at home begin booking trips again.

Airbnb boss Brian Chesky, for one, can’t wait to get out. In an interview with Bloomberg this week, he said that last year he spent “16 hours a day in sweatpants in front of an iMac, seven days a week.”

But he added that he’s “very much looking forward to traveling” after such a long time being stuck indoors.

So, where will he head to first?

“I will probably go to a national park,” Chesky told Bloomberg.

“I think I’ll just give a plug for national parks. There are, I think, 400 national parks in the United States. The average American lives within a tank of gas of a national park [and] most have never visited one.”

He added that he believes one of the biggest trends in travel as folks start to move again will be “people rediscovering the outdoors and national parks.”

The Airbnb chief said he was open to suggestions as to which park he should visit first.

Chesky was speaking as the company released its first financial results since its initial public offering in December 2020.

The figures showed Airbnb suffered a $3.89 billion net loss in the final quarter of last year, the result of not only the pandemic but also of one-time costs incurred by its transformation into a public company.

Nights and experiences booked via Airbnb dropped by 39 percent compared to the same three-month period a year earlier, totaling 46.3 million bookings for the quarter. Revenue came in at $859 million, marking a 22 percent fall on the same quarter a year ago.

In May 2020, Airbnb laid off 1,900 people, equal to about 25 percent of its workforce, with Chesky telling staff at the time: “We are collectively living through the most harrowing crisis of our lifetime, and as it began to unfold, global travel came to a standstill.”

The San Francisco-based company said this week it’s optimistic about the chances of a recovery, but added that the speed of it largely depends on the progression of the vaccination rollout.

Can’t wait to travel again? For inspiration, check out the best travel shows and documentaries on Netflix right now.