ADN, Wakanim, Crunchyroll: the animated ones from September 7 to 14: To Your Eternity, The … 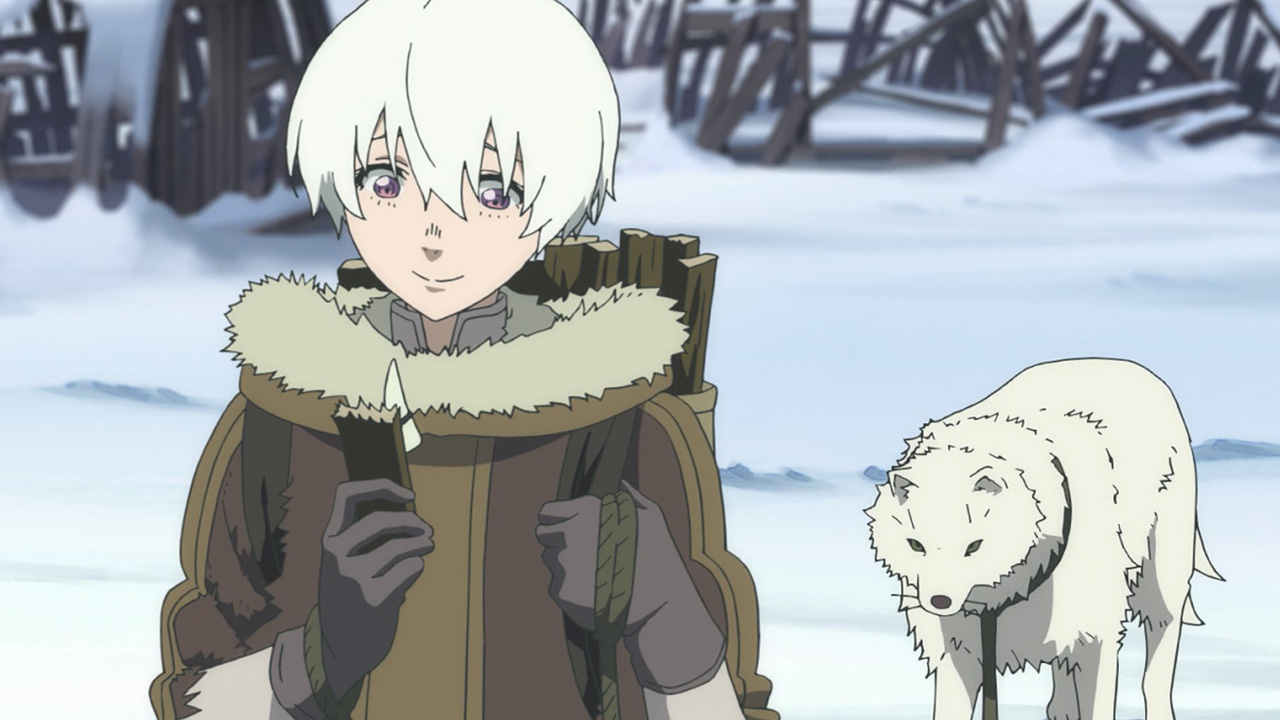 This week, we talk about metamorphoses, galactic warfare and teasing romance in our 3 anime recommendations to discover on your specialized platforms!

TO YOUR ETERNITY (DNA, CRUNCHYROLL)

An immortal being is sent to Earth in the form of a sphere. Able to take the appearance of what he touches, he first transforms into a wolf, then meets a lonely young boy, living in the heart of a snowy landscape.

A meeting that marks the start of a long journey for the Immortal. Many experiences and multiple characters then teach him how to live and evolve in a formidable world …

Atypical work by Yoshitoki Ōima (author of Silent Voice), To Your Eternity promises to tear you away from tears. Using episodes for the most part very minimalist and yet terribly moving, this adaptation takes us to the guts from its first minutes, with an irresistible desire to know the rest.

And despite very dark themes such as mourning and abandonment, this little scriptwriting gem balances perfectly with a few touches of humor and benevolence. On the animation side, the Brain Base studio offers us soft and colorful drawings, perfect for following the adventures of our hero through wildlife as beautiful as they are ruthless.

And after a first season acclaimed by critics and completed with a grandiose finale, it will be necessary to wait a little over a year before discovering the rest. Season 2 is expected for fall 2022.

In the era when the Interstellar Alliance has established a system capable of liberating humanity from pain, 1% of the inhabitants remain unable to benefit from it. Recognized as “defective”, they are then banished in the eighth galaxy.

Lin Jingheng, General of the Alliance believed to be dead, is sent there, where he works as a gang leader. In the company of Lu Bixing, a young professor, he will lead the “defective” in an intergalactic adventure.

Adapted from a Chinese light novel, The Defective follows the much appreciated Link Click in the list of donghuas licensed by Wakanim. An atypical work, entirely animated in 3D which gives more the impression of playing a video game than of watching a series.

If this choice of animation is likely to confuse more than one, its quality remains undeniable. The sets and the characters are fluid, detailed and pleasing to the eye! In terms of script, the author Priest offers us a rich and very well constructed universe!

A dystopian adventure on the edge of the galaxy at a time when man and machines are one. Bitter fights, political conflicts and unexpected romance are to be expected in this already highly regarded story in its home country.

Karakai Jouzu No Takagi-San or When Takagi teases me in French, therefore follows the character of Takagi. The latter likes her classmate, the shy Nishikata. Day after day, she keeps laughing at him. But Nishikata decided to react.

He also begins to tease his comrade, even though his jokes often backfire. Over time, a bond will arise from their nice little quarrels.

This school life anime with a cute romance background is based on a manga by Yamamoto Soichiro published in France by nobi nobi. In the tradition of the recent Stop me warming up, Nagatoro, this is a feel good series that does good to the mind, mixing love story and slices of humor with subtlety.

If the plot is not very innovative, the animation and the originality of the character design make this anime a little nugget to discover! Two seasons are available on Crunchyroll and a film will tell the rest of the tandem’s adventures in 2022.