A Game of Thrones actress at Bouli Lanners! He tells us – Actus Ciné 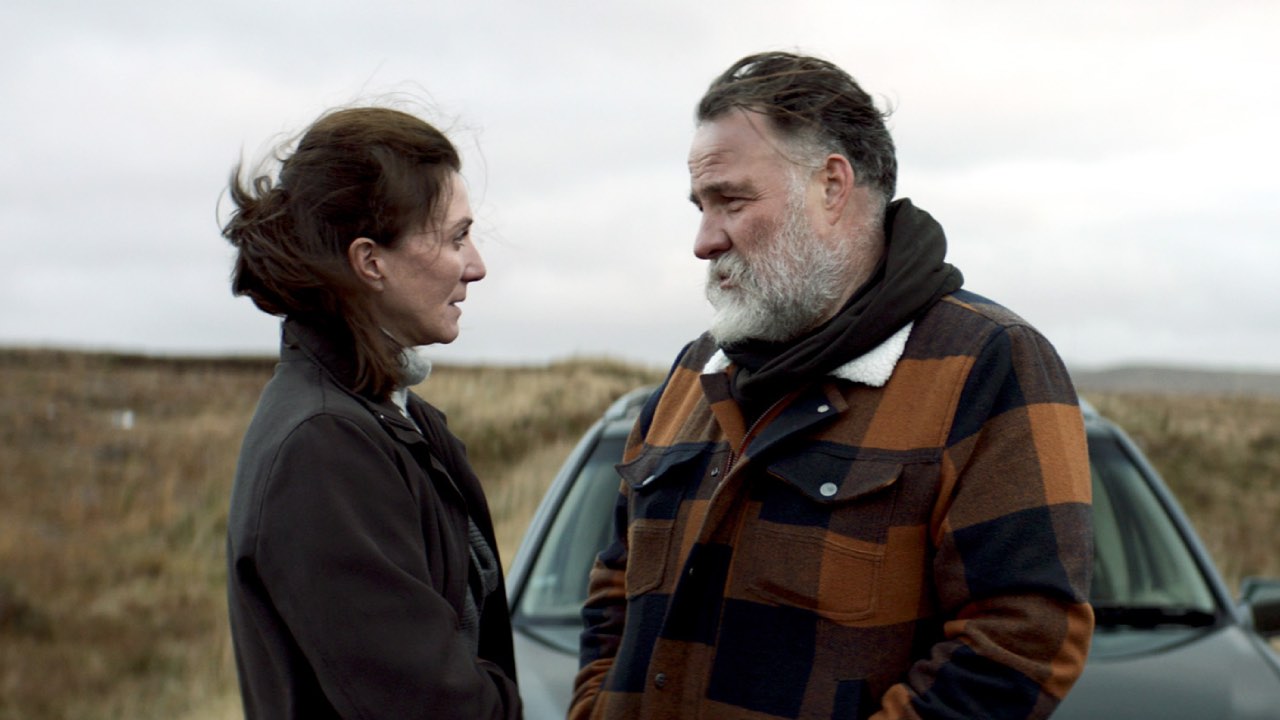 With the elegant and subtle love story “Shadow of a Lie”, in theaters this Wednesday, Bouli Lanners is offered the opportunity to work with Irish actress Michelle Fairley, the Catelyn Stark of “Game of Thrones”. He tells us.

Shadow of a Lie, in theaters this Wednesday, is the story of Phil, exiled to a small Presbyterian community on the Scottish Isle of Lewis. One day, he is the victim of a stroke causing him to lose his memory. As he tries to recover his memories, Millie, who takes care of him, claims that they loved each other in secret before his accident…

With this elegant and subtle love story, Bouli Lanners, who officiates in front of and behind the camera, is offered the opportunity to work with Irish actress Michelle Fairley, world famous for her incarnation of Catelyn Stark in the first three seasons. from the Game of Thrones series. At the microphone of AlloCiné, he returns in particular to this collaboration.

AlloCiné: “The Shadow of a Lie” seems to reshuffle the cards of your career, we feel that it’s a real challenge…

Bouli Lanners : I kinda wanted to mark a caesura afters The First, the Last. I didn’t want to make a fifth film under exactly the same conditions as before. I wanted there to be a break, but I didn’t yet know which one… So I told myself that I really had to do something else.

I’ve wanted to make a film in Scotland for a long time, just because I love this country, I go there every year and I know the sets well. And then it gave me the opportunity to film in English, to get out of my comfort zone. So I settled on the Isle of Lewis for several months with the idea of ​​making a thriller. Finally, it turned into a love story after listening to a loop of music, a Soulsavers title, Wise Blood. That’s how the idea, the desire, then the script for this love story was born.

Is it the fact of being on this island that made the love story ripen?

Ah yes, there was the juxtaposition of the landscapes, the fact that I went to Presbyterian masses with these women who went out with their hats, my meeting with lots of people… And then listening to this piece Wise Bloodby sticking it on these landscapes, I said to myself that we had all the decorum of a romantic story, we were in the universe of Bronte sisters.

I really felt like I had to do a love story. And then I’m at the age where I can dare to try to do that! I tried to do my best to make the film more accessible than my previous ones, to be a romance that anyone can follow. And at the same time, it remains my cinema.

Is there a lot of personnel in the film?

Initially, when I wrote the love story, I was not supposed to act in it at all. I had written that for another actor who doesn’t look like me at all, a very small, very puny little Italian actor. He wasn’t free, didn’t speak English or French, it wouldn’t have been… So I was looking for someone with a physical appearance, and I told my casting director “He doesn’t have to be small, he can be big…” And then she tells me “Well, excuse me, you have one under your elbow!” (laughs)

Shadow of a Lie was already very, very personal at first, but with me in the role, it became even more so. Yes, there are very personal things in the film, which are particularly specific to the love story that I have had with my wife of 22 years. In some ways my wife is a bit Millie and Millie is a bit my wife.

I knew her from Game of Thrones. When I was working with my casting director at Edinburgh, eShe introduced me to actresses who could potentially play the role, that of a somewhat austere woman, but there was no Michelle Fairley in the shortlist. When I saw his name in the general list, I thought to myself “Yes, of course, Catelyn Stark! She’s for the part!”

It’s always complicated to reach actors in England, it’s very procedural. There are a lot of filters, a lot more than here, there are agents, a casting director, everyone filters… But when Michelle read the script, pretty quickly she called me back, we did a video and bim boom, it was settled! It’s great, because it’s really my first choice, it’s really her that I wanted.

What memory do you have of her in “Game of Thrones”?

He’s one of the standout characters in the series. She stuck in people’s heads as she gets killed at the Red Wedding and it’s still pretty early in the story. She remains very present because she has this kind of authority, this very particular voice and at the same time we feel that she is hyper sensual behind. She has a rough face and at the same time she is very very beautiful. For me, it’s really the perfect character, she embodied it in an absolute way. She was the one needed for my film.

Bouli Lanners embodies the head of the Emergency Department in season 2 of “Hippocrates”: