500,000 without power in Texas as Tropical Storm Nicholas churns slowly across state 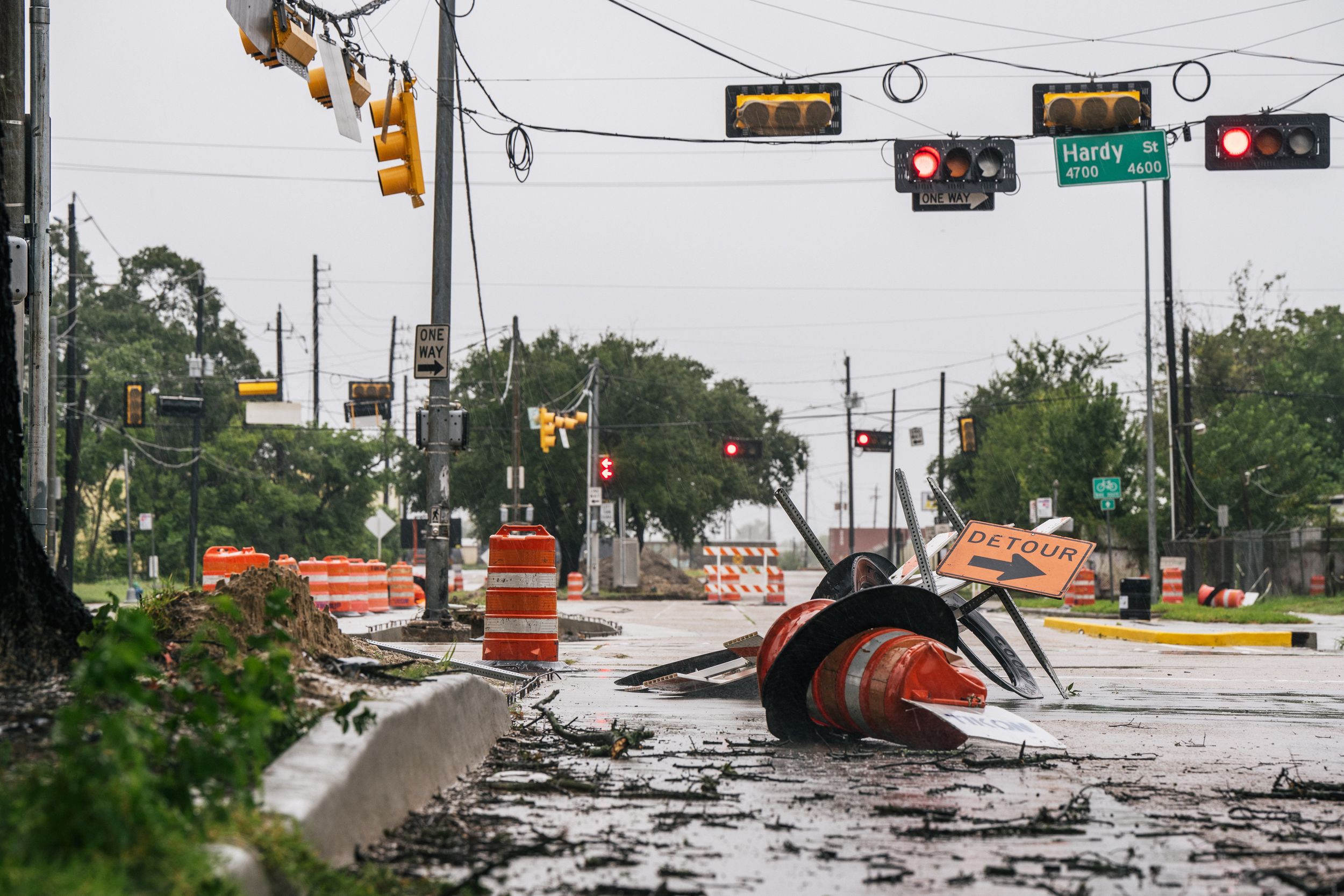 More than half a million customers in Texas were without power Tuesday after Tropical Storm Nicholas made landfall there, threatening parts of the Gulf Coast with up to 20 inches of rain.

Nicholas strengthened to a Category 1 hurricane before making landfall overnight in the eastern part of Texas’ Matagorda Peninsula with 75 mph winds, according to the National Hurricane Center. At 10 a.m. CT Tuesday, Nicholas was moving slowly across flood-prone Houston with 45 mph winds and the potential to cause life-threatening flash floods, the center said.

So far, the storm has produced a 6-foot surge in Clear Lake, Texas, and 14 inches of rain in Galveston.

Tropical Storm #Nicholas Advisory 9A: Nicholas Moving Slowly Toward the Houston Metropolitan Area. Life-Threatening Flash Floods Expected Across the Deep South During the Next Couple of Days. https://t.co/VqHn0u1vgc

Houston’s school district, the state’s largest, as well as others, canceled classes for Tuesday. The weather threat also closed multiple Covid-19 testing and vaccination sites in the Houston and the Corpus Christi areas, and forced the cancellation of a Harry Styles concert scheduled for Monday evening in Houston.

The storm will continue to bring heavy rain to the same area of the state that was hit hard by Hurricane Harvey in 2017. That storm made landfall in the middle Texas coast, and then stalled for four days, dropping more than 60 inches of rain in parts of southeast Texas. Harvey was blamed for at least 68 deaths, including 36 in the Houston area.

The center of Nicholas was expected to move slowly over southeastern Texas on Tuesday and over storm-battered southwestern Louisiana on Wednesday. Just how slowly the storm moves is the main concern.

Storms are moving slower in recent decades, and Nicholas could get stuck between two other weather systems, hurricane researcher Jim Kossin of The Climate Service said.

Nicholas is expected to bring the heaviest rainfall west of where Hurricane Ida slammed into Louisiana two weeks ago.

Lake Charles, which received minimal impact from Ida but saw multiple wallops from Hurricane Laura and Hurricane Delta in 2020, is also at high risk for flash flooding.

Louisiana Gov. John Bel Edwards declared a state of emergency Sunday night, ahead of the storm’s arrival in a state still recovering from Ida and Laura and historic flooding. On Monday, President Joe Biden approved the governor’s request for an emergency declaration.

“Hope and prayer is not a good game plan,” he said.

Nicholas is the fifth storm to rapidly intensify this hurricane season. Those types of storms are becoming more frequent due to climate change and warmer waters, according to meteorologists.

The United States has seen 14 named storms, including six hurricanes and three major hurricanes, in 2021.

Philip Klotzbach, a meteorologist who specializes in Atlantic basin seasonal hurricane forecasts, pointed out on Twitter that only four other years since 1966 have had 14 named storms by mid-September. They were: 2005, 2011, 2012 and 2020.

Elisha Fieldstadt is a breaking news reporter for NBC News.