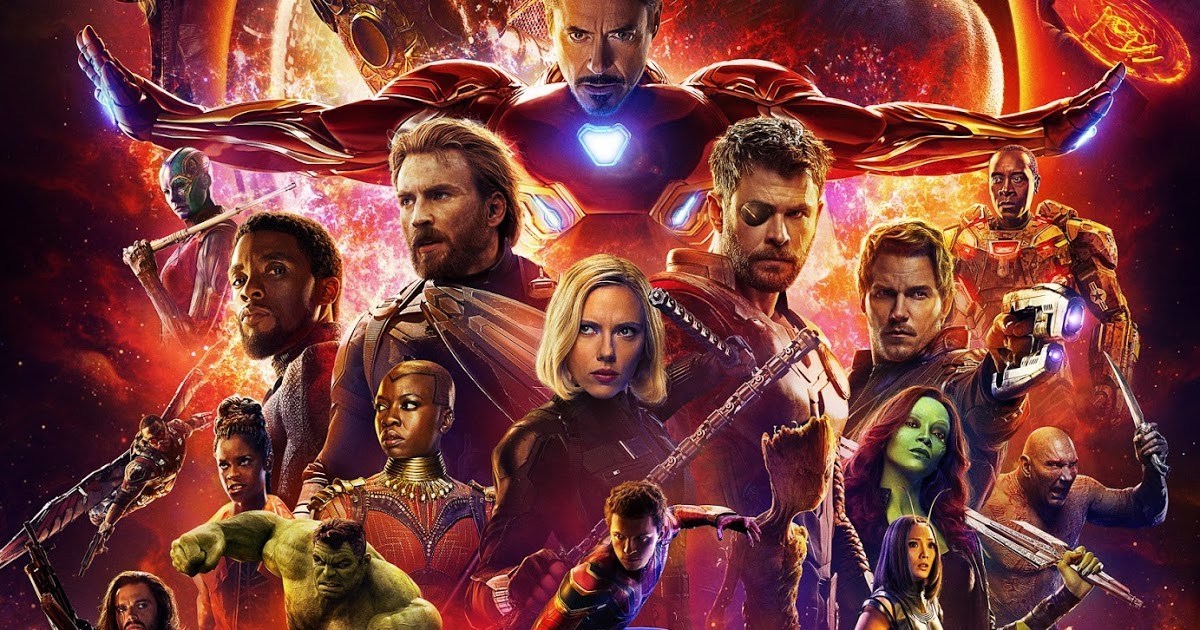 In experts’ opinion, 2018 was one of the best for Hollywood during the last decade. A lot of unconventional productions were released and instantaneously became blockbusters. However, we can’t live in the past for long and be constantly delighted with last year’s hits. Let’s look at what we can expect in 2019

This year abounds in many big cinema premieres, which are likely to fascinate and intrigue viewers. Already at the beginning of the year, many films worth attention were released. Now, we have the end of April and the most-awaited premieres of this year are still ahead of us. Are you ready for each of them? Here is our list of Hollywood movies worth seeing in 2019! We can not wait for them to appear in cinemas!

We start with the Avengers, which will appear in cinemas on 26th April, so this is the last opportunity to decide whether it’s worth going to the premiere. The fourth part of the Avengers is still a very mysterious film – we got to know its official title from the trailers released only few weeks ago. The earlier part left Marvel’s movie universe in disarray. Literally. Thanos did what he planned and now the surviving members of the Avengers are trying to deal with this catastrophe.

The film follows Hawkeye’s return to the story (this time the master of the bow will perform as known from Ronin’s comic books) and humorous contribution by Scott Lang. Both gentlemen will get much more screen time than before. Regardless of what the Russo brothers will show in April, we can safely assume that another record will be made. The Avengers is a very strong brand, and the half-lost story almost commands to go to the cinema for the next part.

Once upon the time in Hollywood

This description could consist of just a sentence: The new movie by Quentin Tarantino. Many viewers need only a handful of information to go to the cinema to watch a Tarantino movie. After all, every production signed with the name of the creator of Pulp Fiction and Inglorious Bastards electrifies a large part of the audience regardless of the subject or involved stars. Though, of course, history and actors should not let anyone down in this case either.

The film’s action takes place in 1969 in Los Angeles. The main character is played by Leonardo DiCaprio. He is Rick Dalton, an actor known for his western series Bounty Law, who has problems with film career and wants to move to Italy, which back then was the Western’s Mecca. His understudy, Cliff Booth (Brad Pitt), helps his friend every step of the way.

The story will quickly become darker because Dalton’s neighbor is Sharon Tate, wife of Roman Polanski (played by Margot Robbie and Rafal Zawierucha), who was murdered in her own home by a band of Charles Manson. Tarantino will present real events, add some of his style and probably create an explosive movie cocktail.

We have as many Jokers in the cinema as Spider-Mans or Batmans. This role is played by Cesar Romero, then Jack Nicholson and Heath Ledger, and more recently Jared Leto. You can not forget the voice of Mark Hamill, which we heard in animations and video games. Joaquin Phoenix will join this gang in 2019 – a rather surprising choice, but after all the revealed clips of the movie, everyone seems to agree that hiring him is a perfect decision by DC. Especially after knowing that the actor has been interested in taking on this character for years.

Joker is the film of Todd Phillips, previously known mainly from the comedy repertoire (Old School, the Hangover trilogy, Due Date). Warner Bros decided to dilute their movie universe and allowed to create a separate story, unrelated to DC extended universe. Joker is supposed to be a low-budget, origin study of a villain. Everything happens in the 1980s, when, after a set of defeats, comedian Arthur Fleck turned into a psychopathic anarchist spreading the chaos of Gotham City.

Star Wars: The Rise of Skywalker

The ending of the new trilogy Star Wars will be a great event regardless of the quality of the finished work. Disney, after buying the label Lucasfilm, invested heavily in the Star Wars brand. But how much the box-office bombing of Han Solo influenced the shape of the upcoming Episode IX is unknown. It is known, however, that the producers with time, gave-up the services of Colin Trevorrow (Jurassic World), which had a film to direct.

The saga returned to the wings of J. J. Abrams – after all, this artist restored it to the cinema screens effectively using nostalgia and fictional motifs from ‘Star Wars: Episode IV – A New Hope’ to present the new generation of heroes to the world (and generate record revenues). The plot of the last episode of the saga is kept a secret, but certainly, in less than a year we will get to know the finale of the struggles of Rey and Kylo Ren.

There is a difficult task ahead of the creators because viewers complained about both recyclings of previously used motifs and completely new ideas that do not fit older films. So I wonder very much what way Disney will reach the grand finale.

The world should be ready for a full-fledged but firmly rooted in realism, science-fiction cinema. In this case, we have stories about the trip to the stars. Ad Astra is a new work by James Gray, responsible among others for ‘We Own The Night’ and ‘The Lost City of Z’. In the main role, we will see Brad Pitt, and the plot is to focus on the mission of an engineer who goes to Neptune in the footsteps of his missing father. He has to find traces of extraterrestrial life, but the mission turns out to be a failure due to some ‘undisclosed’ reasons.

The director compares his film to the cosmic version of the novel ‘Heart of Darkness’ and wants it to be the most realistic representation of an interstellar journey in the history of cinematography. We keep our fingers crossed!

What Is the Intellivision Amico, and What Would It Feature?

The Hit Musical Come From Away Being Adapted Into a Film