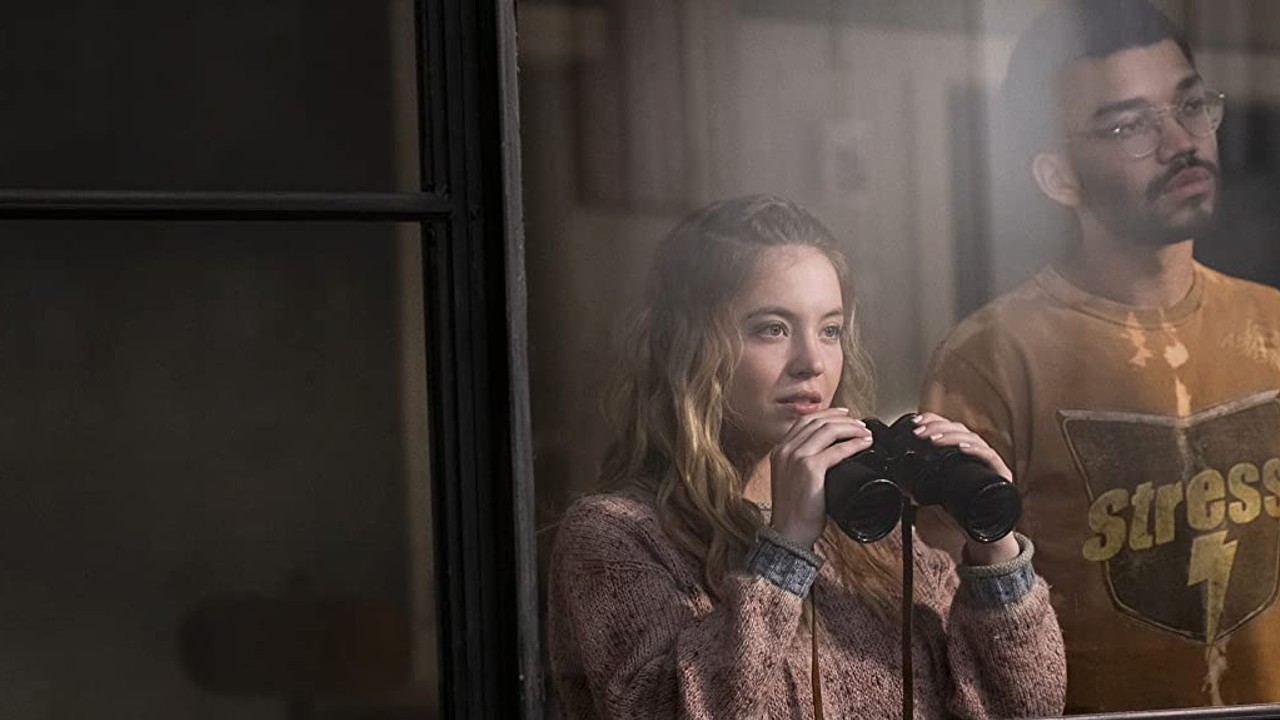 Available from September 10 on Prime Video, Voyeurs reveals how a simple curiosity can turn into a formidable obsession.

Newly arrived in a sublime loft in downtown Montreal, Pipa and Thomas (Sydney Sweeney and Justice Smith) quickly begin to observe the couple who live right in front of their house (Ben Hardy and Natasha Liu Bordizzo). Little by little, the interest in these neighbors with a liberated and rather eccentric sexuality becomes more and more present, and gives rise to temptation and desire, to the point of leading to deadly consequences …

The flagship title of David Lynch’s filmography, selected in 2008 by the American Film Institute in the list of the 10 best mystery films ever made and ranked 15th of the 100 greatest films by Entertainment Weekly, in 2013, Blue Velvet is what l ‘we call a classic.

Worn by Kyle MacLachlan, Isabella Rossellini, Dennis Hopper and Laura Dern, the 1986 feature film takes us to the small American town of Lumberton, where Jeffrey Beaumont discovers a rotting ear in his father’s garden.

Supported by his girlfriend, he will investigate this crime and meet the hot Dorothy Vallens, a nightclub singer united with a dangerous psychopathic pervert. A film where anxiety mingles with eroticism, and rocked by hits from Bobby Vinton, Ketty Lester, Chris Isaak …

But as the trial begins, it takes on the appearance of a theater stage with all kinds of twists and turns. Police detective Ray Duquette then suspects the accused, his lawyer and one of the complainants of having set up a sulphurous and dangerous game in order to pocket the money of the other accuser. Appearances are however often deceptive …

Diane Lane and Richard Gere in a film signed by the director of 9 ½ weeks, Fatal Liaison and Indecent Proposition: the poster has something to dream of, yet it is very real and it is that of Infidèle.

Directed in 2002 by Adrian Lyne, this remake of La Femme infidèle, by Claude Chabrol immerses us in the intimacy of the Sumners, a couple who have been married for 11 years and who have everything to be happy. But it was without counting on the arrival of a young Frenchman (Olivier Martinez) who will stir up the desire of Connie Summer and make him commit the irreparable.

The very first Wachowski film (the Matrix saga), Bound describes the story of Violet (Jennifer Tilly). While in a relationship with Caesar (Joe Pantoliano), a mobster, she meets Corky (Gina Gershon), a thief fresh out of prison, and instantly falls under his spell.

While Caesar has hidden $ 2 million at his home, the two women decide to steal the loot and put the hat on him. Then begins a burning relationship between the two women who are not afraid of anything.

Nominated in several festivals and ceremonies, the feature film received the International Critics’ Prize and the Jury Prize at the 1996 Deauville American Film Festival. It thus enabled the Wachowski sisters to gain worldwide fame, 3 years before the realization of the first part of Matrix.