17 People the World Said Were Crazy 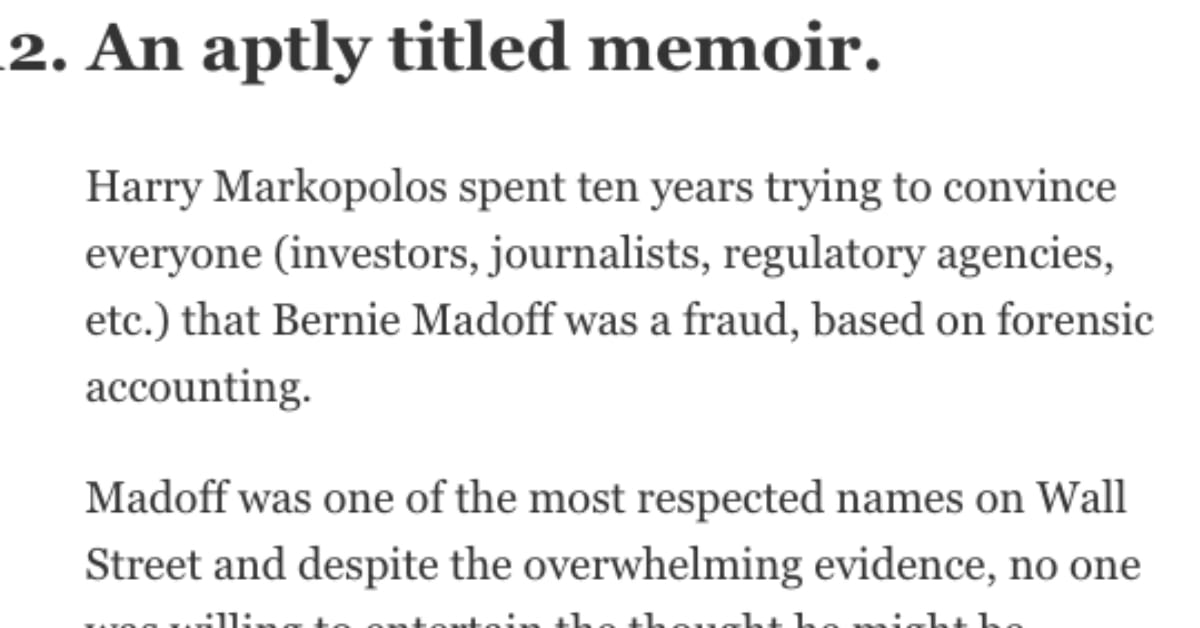 Visionaries are often called nuts, or live as a bit of an outcast in their contemporary world. Human beings like the status quo, and they don’t have the time or inclination to envision a world that’s so different from our own.

We’re a bit like ostriches, burying our heads and hoping nothing changes while we’re down there.

These 17 people definitely ended up being right, no matter how crazy their friends and family tried to make them out to be at the time.

17. Everyone should have listened.

Courtney Love was warning everyone about Harvey Weinstein back in the mid-90s, but everyone just wrote her off.

“If you’re a woman in this industry and Weinstein invites you to one of his ‘parties’, don’t go.”

His equations and formulas explained the physical properties of matter, but as it went against the then accepted Laws of Phjysics, he was ridiculed and ignored for years while fighting for atom theory to be accepted.

He took his own life just 3 years before Ernest Rutherford discovered the nucleus of an atom, proving Boltzmann’s theory.

The fan that predicted the show’s ‘How I met your mother’ message and was shamed, only to be completely right in the end.

Hemingway, before he took his life he became extremely paranoid the FBI was following him. His wife and people around him just thought he was mentally ill and grew deeply concerned. Hemingway went as far as getting electrotherapy at a psychiatric hospital to try and help with the perceived delusions.

Turns out the FBI had been following and bugging him for years according to declassified files.

13. That last bit is unfortunate.

He was a geologist that in the 1920s came up with a theory about why the Dry Falls and surrounding scablands of Eastern Washington state were so sharp and abrupt, instead of smooth as should be with the general understanding of erosion. Especially since the falls have no real river to speak of to create erosion.

His theory was that a giant flood, created by an even more massive lake, ripped through the region millions of years ago, reshaping the landscape in a matter of days. He was laughed at and discredited in the geology community for almost 50 years. Until someone discovered evidence in the 1950s of an ancient and massive lake that started just north of Montana that stretched all the way to southern Utah.

The lake was believed to have been created by glacial dams (ice walls) during the last ice age. It would fill up over thousands of years and then hit a point where a glacial dam broke and the lake water would fire out the break like a water cannon, drain the lake, and reshape an entire region over several days as the water flowed toward the ocean. This happened several times.

Since the flood that carved the Dry Falls likely started from the Lake Missoula area in modern day Montana, it was named the “The Great Missoula Flood”. Bretz was given an award in 1979 for his contribution to geology when he was 96 years old. He joked “All my enemies are dead, so I have no one to gloat over.”

Madoff was one of the most respected names on Wall Street and despite the overwhelming evidence, no one was willing to entertain the thought he might be running a Ponzi scheme.

Harry’s book, No One Would Listen is a pretty great account of financial detective work and just the abject frustration of being absolutely certain you’re right but no one believes you.

11. Much to the eventual dismay of the entire South.

When the Civil War broke out, everyone on both sides thought it would be a quick victory. However Sherman kept saying it would be a bloodbath that would drag on for years. His superiors decided he was insane and sent him out west to fight Indians (Native Americans) just to get rid of him.

After it all came true and they needed some better generals, they said “Maybe we should bring back that Sherman guy”

In the days of land lines…My phone was tapped. I could hear a strange hollow sound and I knew someone was listening. I had had a bad accident and was home for almost a year and involved in a lawsuit. I told my attorney about it. He told me the insurance company wouldn’t bother.

I mentioned it to my roommate. She told me I was crazy. I began to notice a van parked on my street. It was there for several days. I thought I was under surveillance. My attorney and my roommate said I was crazy.

A person came to my door asking questions about the neighborhood. They claimed to be from a real estate company. They didn’t go to other houses. I thought I was being watched. My attorney and my roommate said I was crazy.

Several weeks later, my roommate’s boyfriend was arrested for stealing physical and intellectual property from IBM. It was the beginning of the Tech Era and he stole millions in hardware and software and ideas. We were being watched to see if we were involved.

The phone was tapped. We were under surveillance. We were taped. I wasn’t crazy after all.

9. Turns out you can be drunk and right.

Martha Mitchell, she was the wife of Nixon’s AG, John Mitchell. She was outspoken in the extreme and was one of the first to talk openly about what really happened re:Watergate. Since she was also known to love her martinis, she was widely written off as a drunk, crazy woman.

Behind the scenes, a White House doctor began heavily sedating her and her husband locked her away from the press. No one believed her until Nixon resigned and the story came out. To this day, most people only remember her as that loud-mouth, Martha Mitchell.

In 1912 the meteorologist Alfred Wegener described what he called continental drift, an idea that culminated fifty years later in the modern theory of plate tectonics.[40]
Wegener expanded his theory in his 1915 book The Origin of Continents and Oceans.[41] Starting from the idea (also expressed by his forerunners) that the present continents once formed a single land mass (later called Pangea), Wegener suggested that these separated and drifted apart, likening them to “icebergs” of low density granite floating on a sea of denser basalt.[42

Supporting evidence for the idea came from the dovetailing outlines of South America’s east coast and Africa’s west coast, and from the matching of the rock formations along these edges. Confirmation of their previous contiguous nature also came from the fossil plants Glossopteris and Gangamopteris, and the therapsid or mammal-like reptile Lystrosaurus, all widely distributed over South America, Africa, Antarctica, India, and Australia.

The evidence for such an erstwhile joining of these continents was patent to field geologists working in the southern hemisphere. The South African Alex du Toit put together a mass of such information in his 1937 publication Our Wandering Continents, and went further than Wegener in recognising the strong links between the Gondwana fragments.

Wegener’s work was initially not widely accepted, in part due to a lack of detailed evidence. The Earth might have a solid crust and mantle and a liquid core, but there seemed to be no way that portions of the crust could move around. Distinguished scientists, such as Harold Jeffreys and Charles Schuchert, were outspoken critics of continental drift.

7. If only we had listened sooner.

John Snow (yes, that’s his name) was laughed at for believing that the multiple cholera outbreaks could be traced back to a specific source and that it was due to contaminated water.

Essentially, making him one of the fathers of epidemiology. He has a fascinating life that went beyond that as well!

That dude who suggested that it might be a good idea to wash your hands before performing surgery.

When Radium had just come to the US and was being marketed on dials for war and watches, girls used their lips to fix the paintbrushes to make their numbers and dials perfect. Eventually they started suffering horrible, painful experiences due to the radium. These girls fought for YEARS to figure out A) what was wrong with them, B) who was responsible, and C) how they were going to pay their bills/support their families.

It’s a horrible injustice. These girls needed support and validation that they weren’t crazy, that it WAS radium; and it took far too long and too many deaths for it to happen.

The “dingo ate my baby!” lady. Got made fun of constantly, most notably in Seinfeld and I believe went to jail because nobody believed her.

Turns out a dingo ate her baby. She is still made fun of.

When I was in Boy Scout camp we had this counselor named Don. He was kind of odd, he knew everything about trees and only really talked about trees.

We had just gotten back from a hike that Don was on with us and we were just sitting around talking and he suddenly goes “You know, they’re gonna let girls into Boy Scouts soon”. We were all like, “yeah okay Don”. But sure enough less than 3 years later, they did it.

For a very long time the medical community thought that stomach ulcers were caused by stress.

A doctor in Australia called Barry Marshall claimed they were wrong and that they were caused by an excess of certain bacteria, and the cure was simple antibiotics. The medical community ridiculed him and nearly ended his career. He eventually decided the only way to prove he was right was to infect himself, develop the ulcers and cure himself.

In curing himself he was proved right and won the nobel prize for his efforts, and now stomach ulcers are very easily treatable (they previously affected 1 in 10 people)

1. When they even make a movie about you.

Michael Burry. The first guy to predict the 2008 housing market crash. He was a hedge fund manager for Scion Capital at the time and basically bet his entire funds liquidity (all the money the fund had) that there would be a crash.

No one believed him except a few other people who also bet against the market. Several of his clients sued him for tying their money up in what they considered to be a foolish bet all to have him be right in the end. He made his fund something like $1.3 billion and the value increased about 489%.

The movie the Big Short is about him and the few other people who were wise enough to bet against the market at the time. I’ve watched the movie like 5 times in order to try to understand exactly what happened but still don’t fully get it. I recommend it to anyone who’s interested

Fun fact: Michael Burry was also ahead of the curve* in the recent GameStop surge. I think he had something like 1.2 million shares of GameStop months before the price shot up (might need to fact check myself)

I love stories like this, but I can see how these people would have been unsettling next door.

What’s your favorite example of this? Tell us about it in the comments!