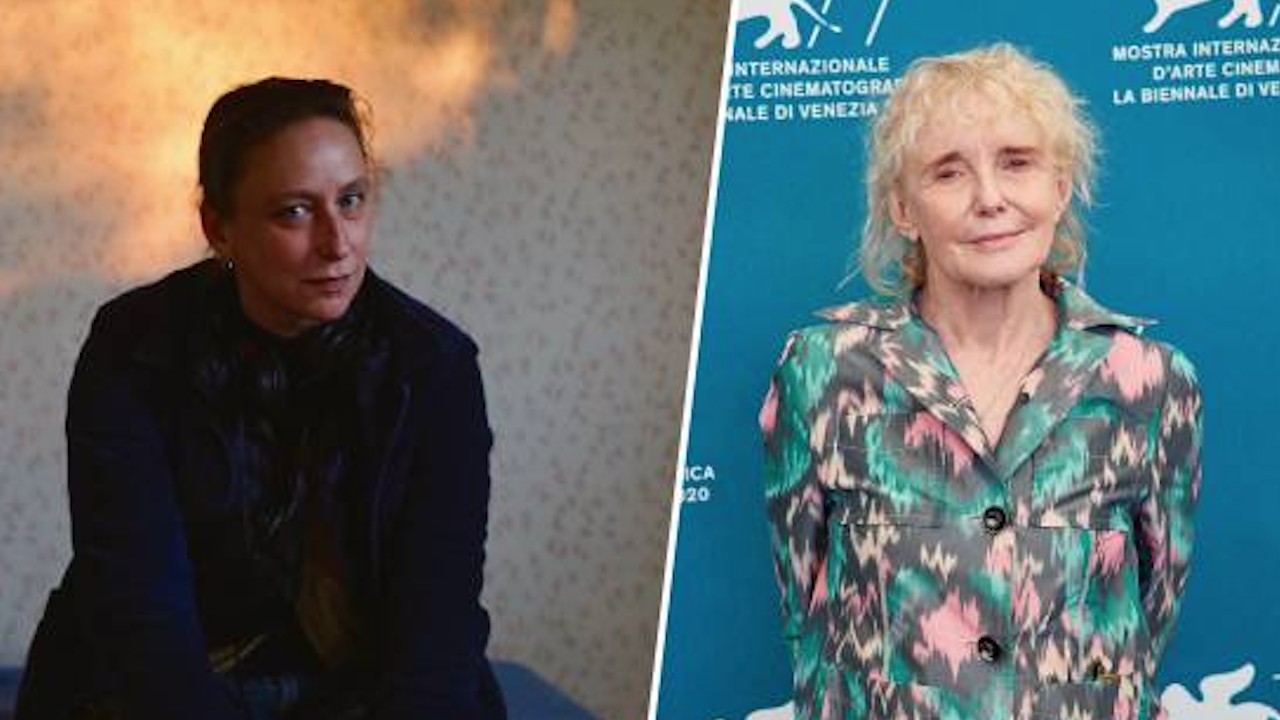 On the occasion of this March 8, spotlight on 15 films expected from female directors, expected at the cinema in 2021-2022. From Céline Sciamma to Claire Denis, a taste of what awaits you soon …

In alphabetical order, here is a little non-exhaustive taste of some of the most anticipated films made by 13 French filmmakers (and 15 films).

One project can hide another for Claire Denis. Expected with a new project in English with Robert Pattinson, Des Etoiles at noon, the filmmaker finally had to postpone this filming (which should finally take place at the end of 2021), its main actor being mobilized by The Batman. The filmmaker took advantage of this period to launch another film, simply titled Feu !!, shot this winter at the Maison de la radio in Paris, with a French cast: Vincent Lindon, Juliette Binoche, Grégoire Colin and Mati Diop among others. .

The pitch: Jean and Sara have lived together for ten years. When they met, Sara shared the life of François, Jean’s best friend and great admirer during the time when Jean played rugby professionally. Jean and Sara love each other. One day, Sara sees François in the street. He doesn’t notice her, but she is overwhelmed by the feeling that his life might suddenly change. For the first time in years, François gets back in touch with Jean and offers him to work together again. An uncontrollable spiral is then triggered …

It’s an understatement to say that his new feature film is expected! After being one of the shocks of the Cannes Film Festival in 2016 with Grave, a cannibalistic genre film, Julia Ducournau is soon back with Titane, with Vincent Lindon in the cast. The pitch? In an airport, customs inspectors pick up a young man with a swollen face. He says his name is Adrien Legrand, a child who disappeared 10 years ago. For Vincent, his father, it’s a long nightmare that ends when he brings him home. At the same time, a series of grisly murders puts the region under pressure. Alexia, hostess in a car salon, has everything of a designated victim … Remember that since Grave, Julia Ducournau has also made a foray into the world of series by directing two episodes of season 2 of Servant for M. Night Shyamalan .

Servant: his meeting with Shyamalan, the challenges of the series … the interview with Julia Ducournau

During the first confinement, Anne Fontaine had the idea of ​​a comic and political scenario, entitled Presidents. “The confinement spurred me on to the idea of ​​a different time. It was quite exhilarating to take advantage of an unexpected time to write something that I didn’t expect either. is not related to this period but I wanted something like a comedy, be it light, be it funny, something fancy“, she told us during the promotion of Police at the end of August 2020. The shooting of Presidents took place at the beginning of September with Jean Dujardin and Grégory Gadebois in the main roles.

After The Midnight Permission and the documentary Beau Joueur, devoted to the Aviron bayonnais rugby team, Delphine Gleize is currently working on the adaptation of Constance Debré’s second novel, Love Me Tender. The director and screenwriter is currently writing with Pierre Trividic. Florence Loiret Caille (Le Bureau des Légendes) will star in the film. For the record, this autofiction by Constance Debré tells about her personal emancipation, her encounters, her adventures, her lesbian loves. It also largely deals with the complex relationship with his son and his ex-boyfriend.

Expected with Bergman Island, a feature film that seems profiled to be presented at the 2021 Cannes Film Festival, Mia Hansen Love, with an already abundant filmography (8 feature films since 2007), is about to make A Beautiful Morning, whose shooting must begin this summer, with Léa Seydoux, Pascal Greggory, Nicole Garcia and Melvil Poupaud in the cast. We will follow Sandra, who often visits her father, Georg, who has a neurodegenerative disease. While she embarks with her family on an obstacle course in hospitals and nursing homes to put Georg in a safe place, Sandra unexpectedly meets Clément, a lost friend with whom a passionate relationship opens, but uncertain.

After Bang Gang (A modern love story) and Les Filles du Soleil, Eva Husson has just directed her third feature film, Mothering Sunday. Eva husson brings together a 5-star cast: Odessa Young (Le Fléau), Josh O’Connor (The Crown), Olivia Colman (The Crown) and Colin Firth. Based on a screenplay by Alice Birch (Succession, Normal People) based on the work by Graham Swift, of the same name as the film.

The pitch: 1924, Beechwood in England. Jane Fairchild is the maid of the aristocratic family, the Niven. On the occasion of Mother’s Day, her bosses give her a day of rest. Only, an orphan, Jane takes the opportunity to find her lover, Paul. The latter is the son of the neighbors of the Niven and he is engaged to Emma Hobnay. The Niven who lost their son in World War I rejoice in Paul’s future marriage as if he were their own child …

Sophie Letourneur was in the spotlight in 2020, with Enorme, which brought together the comic tandem Marina Foïs and Jonathan Cohen. The filmmaker is preparing to shoot Voyages en Italie, her 5th feature film, for which she will also return to the camera. She will share the poster with Philippe Katerine, in this film which follows a woman and a man who decide to leave together to save their couple, invaded by family life. After much ranting, they decide to go to Sicily despite Jean-Philippe’s sprain.

Noémie Lvovsky’s next film, The Great Magic, will be a musical, with songs composed by Feu! Chatterton. For the occasion, the filmmaker brings together a large cast, composed among others of Denis Podalydès, Judith Chemla, Sergi Lopez, François Morel, J-Luc Bideau, Anne Benoît, Anne Rotger, Armelle, Micha Lescot …

The story is adapted from the play The great magia by Eduardo de Filippo: in the 1920s, in a very beautiful seaside hotel, Albert, a somewhat charlatan magician, makes a young woman disappear. Charles, the husband, not seeing her return, gets impatient and asks her. Albert then puts a small box in his hands, telling him that it is inside. Charles, pretrified, will not let go.

The Great Magic is co-written by Noémie Lvovsky, Florence Seyos and Maud Ameline.

4 years after a remarkable first feature film, Ava with Noée Abita and Laure Calamy, selected for Critics’ Week in Cannes, director and screenwriter Léa Mysius is preparing to direct Les Cinq Diables, her second feature film, which debut shots had to be delayed due to the pandemic and containment. The filmmaker will meet Noée Abita for this new film, and will also surround herself with Adèle Exarchopoulos.

The synopsis goes like this: Vicky, a 7-year-old girl, lives with her two parents in a small mountainous town in France around a large lake called “Les Cinq Diables”. The child is very close to his mother, so that his father has difficulty finding his place in the family circle. But the arrival of Julia, Vicky’s aunt, will disturb this bond.

Léa Mysius is also continuing her work as a screenwriter: she co-wrote, with Céline Sciamma, Les Olympiades, a new feature film by Jacques Audiard, which was filmed in September 2020.

Shot with great discretion in a time of reconfinement, last fall, Petite Maman, 5th feature film by Celine Sciamma, has just been presented in preview at the Berlin Festival which was held last week. After Portrait of the young girl on fire, the filmmaker finds one of her favorite subjects, that of childhood, by following a little 8-year-old girl, who is going to get to know her “little mother” … film where it is question of mother-daughter relationship, and more broadly of family relationships. The question of the disappearance of close beings is also approached with great modesty, in a soft, poetic film with a touch of fantasy. The film’s release date is not yet known.

Two years after Sibyl’s selection in competition at the Cannes Film Festival, with Virginie Efira and Adèle Exarchopoulos, Justine Triet is finalizing the writing of her 4th feature film, a trial film, co-written with Arthur Harari, also filmmaker (Diamant noir ). As indicated The world in a portrait dedicated to Justine Triet, it will be “a portrait of a woman“. After having collaborated on two successive films with Virginie Efira, she will not be in the casting. There will be”an important role for a boy of about twelve, able to speak English, which has yet to be found“, specifies the newspaper. Still untitled, and with the secret synopsis, Le Monde indicates that the scenario writer is”become unbeatable on the judge of freedoms, thanks to the complicity of a lawyer friend and cinephile “, and that his next film” will combine the intimate chronicle with the “great story”“.

Sibyl with Virginie Efira: “Play on this puzzle, multiple, complex side”

4th feature film in preparation for Alice Winocour. After Augustine, Maryland and more recently Proxima with Eva Green in the jumpsuit of an astronaut, the director and screenwriter gets down to Paris Memories. Like Proxima, a great international actress should take the main role of the film (it would be question that Nicole Kidman could take this role). The film follows a character in her fifties, American writer and journalist. She is in Paris to write an article about the Crazy Horse dancers when she is caught in a terrorist attack. Six months later, Kate returns to Paris to try to pick up her life where she left off. But she only remembers the event in bits and pieces. Her return to the city brings back memories of the man she hid with during the attack. Kate investigates her memory. Is he still alive? Is she still alive? By reconstructing the pieces of the puzzle, the path to possible happiness is emerging for Kate … Filming is scheduled for spring-summer 2021.

While waiting for season 2 of the Savages, Rebecca Zlotowski will soon turn The Children of Others, the synopsis of which is still being kept secret. On the other hand, we know the headliners: Roschdy Zem and Virginie Efira. This will be Rebecca Zlotowski’s 5th feature film, her previous one was An Easy Girl worn by Zahia Dehar and Mina Farid.