There probably aren’t very many people out there who don’t know what it’s like to work for a boss who is less than stellar. That said, most of us keep or mouths shut because we either need our job, or we think we might need a reference for a better one in the future.

These 12 people, for whatever reason, weren’t concerned about either and they really let their feelings fly.

How dare they threaten to discipline him for taking his already scheduled time off!

I encouraged my cousin to quit her job and she finally stood up for herself!! from antiwork

I definitely saw that coming.

Quit my job last night, it was nice to be home to make the kids breakfast and take them to school today! Off to hunt for a new opportunity, wish me luck ???? from antiwork

Because you’re not going to change her mind.

Quit my job at lunch time. Left this on the phone message pad. from antiwork

Seriously, what a giant douchecanoe.

Who’s the boss now? from antiwork

They just pushed this woman past hers.

I made the mistake of calling in sick for my shift 8 hours before it started. No regrets. from antiwork

You’ve gotta value you yourself, babes.

How a quit my incredibly toxic and abusive job a couple of weeks ago. Just found this sub and thought i’d throw it in there. I had worked 7- 60 hr weeks str8 and tried to take off for my 21st birthday. Request denied, so I called out sick instead. Boss found out and I figured, fuck it, and fuck you. from antiwork

Otherwise no one is going to be taking that job. 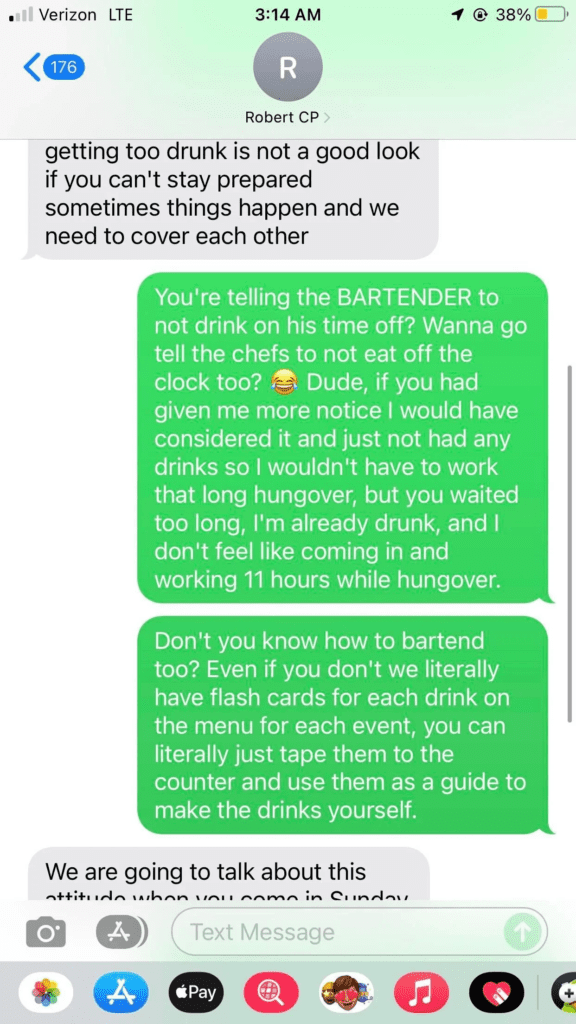 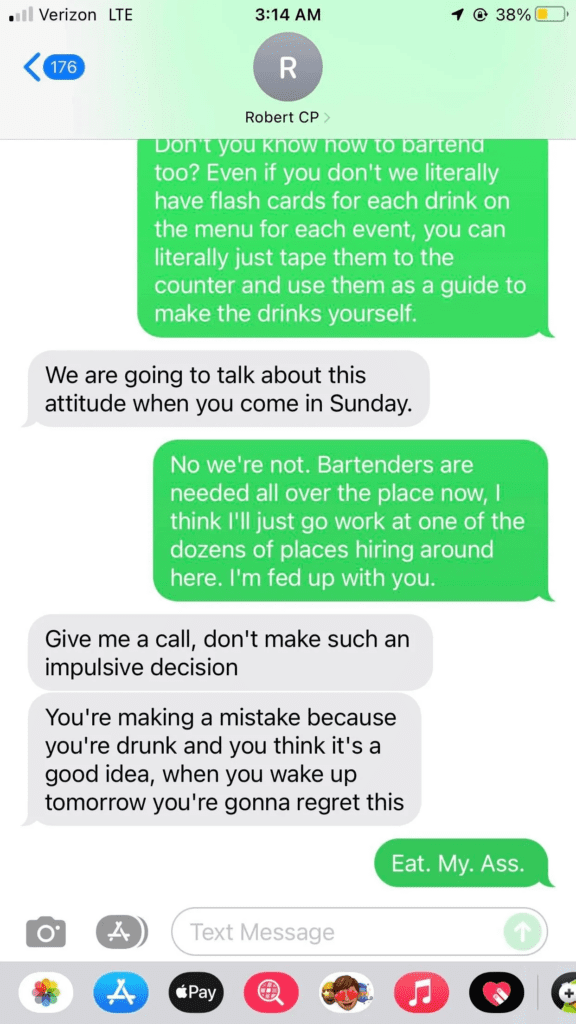 The sign I needed to take the plunge and do what I love for a living. from antiwork

I hope she got what she asked for.

Between a friend and his manager at a small packing plant. from antiwork

That’s why they didn’t text back.

Man, this must have been cathartic, don’t you think?

Have you ever gotten to tell off a terrible boss? Share your story with us in the comments!