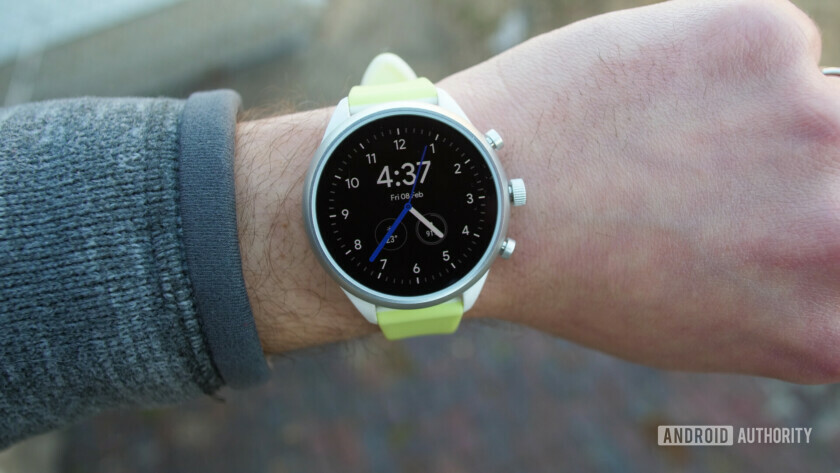 Google’s Wear OS might be getting long in the tooth in some aspects, but its ability to customize the watch face with a multitude of options remains one of its strengths. Developers are free to build their own designs on the platform, giving users a dizzying number of choices.

Looking for something new? Try these:

A/D Watch Face is among the simpler faces available combining an analog layout with a digital clock. While it’s designed for round watches, it should do just fine on a square face. It also supports up to four complications, features configurable fonts and colors, and has a number of numeral designs, too. Adjustable second hand animations and ambient mode transitions add to its simplicity and style. The real icing on the cake? The face A/D Watch Face is free to use, although the developer does welcome donations. This is definitely one of the best Wear OS watch faces you can download. 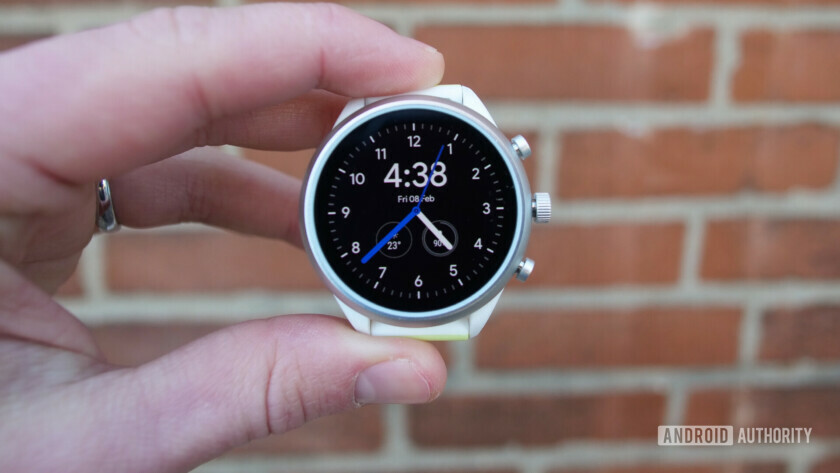 Bubble Widget and Wear Launcher bills itself as a widget and launcher for Wear OS. As it turns out, it also has an interactive watch face. Essentially, the launcher becomes the watch face. You’ll see the time, of course. The watch face will also have a variety of shortcuts to quickly open the apps you use most frequently. It’s one of the most unique Wear OS watch faces available. Make sure to take a look at the device compatibility list on the Google Play page to make sure your watch will work with it.

Facer is the original app that lets you make your own Wear OS watch faces. The app gives you a template, some instructions, and then you go nuts from there. There is a bit of a learning curve, but it’s nothing bad. You can always download watch faces that other people make if the task proves too daunting. It boasts a selection of over 15,000 watch faces. Some of them are free and some of them will require a small fee to buy. It should work pretty well with newer versions of Wear OS as well.

Material Style Watchface is a simple, but functional Wear OS watch face. It boasts over 625 total configurations across three styles, 15 accent colors, and 15 background colors. The watch face can show a variety of stuff, including alarms, battery life, calendar events, and other data from basically any other app on your watch. It won’t turn any heads like some others on this list. However, those looking for something very clean, simple, and functional have a great option with this one. It’s also relatively cheap, supports four languages, and the developer seems amicable to feedback. This one only works with round watch faces, but that’s about its only potential issue. 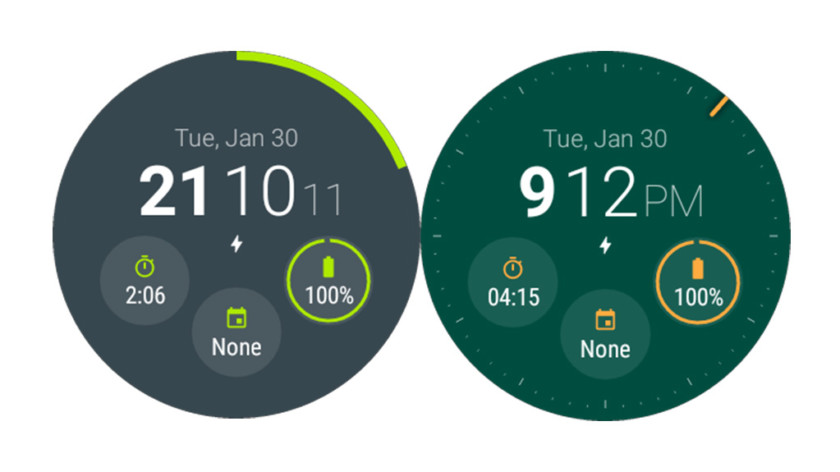 Pujie Black Watch Face is a face designer rather than a single watch face. It features more than 20 pre-made designs, but users have practically unlimited options in terms of fonts, colors, complications, and backgrounds. Functionally, it resembles widget designers found on Android phones. Pujie Black Watch Face also offers faces designed by other users. It can get pretty complicated, but that’s part of this face’s charm. Considering it only costs $1.99, we’d argue its feature set is worth every cent for those willing to invest some time into their designs.

thema is a developer of Wear OS watch faces on Google Play. They have dozens of options. Most of them are individually themed, but they all mostly have the same features. You’ll get a variety of features in the free version of the watch face. You can then pay for the pro version to get all of the features. They all look relatively nice, even if some (like the Jack Daniels-themed one) can be a bit tacky. There are even themed ones for stuff like Halloween. They’re all free to install if you want to see them for yourself. 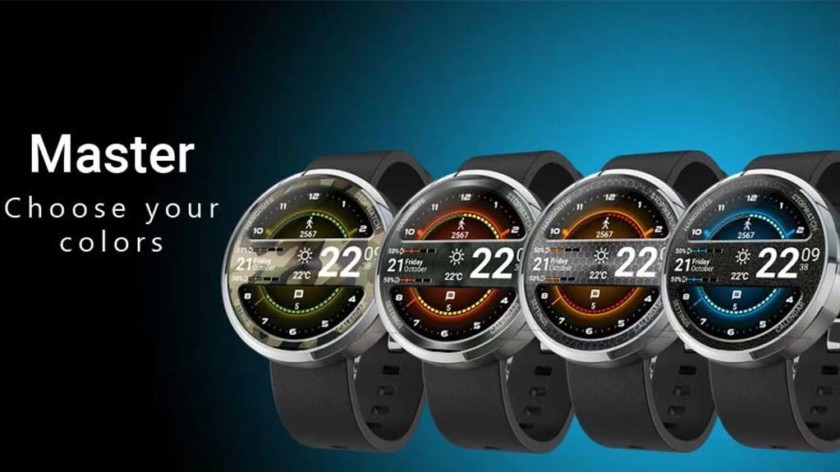 Twelveish is a quirky and free Wear OS watch face. It does the basics like display the time in a variety of colors. However, this one adds a bit of comedy. Along with the full time, it also gives you estimations in large words in the middle of the display. Thus, it may tell you what it’s a quarter to ten or so or twelveish. Sometimes it’s okay to just have fun with this stuff, right? Some other features include an app data slot (via complications) on the bottom and two on either side of the display for a total of three configurable slots. It worked just fine in our testing. This one is also totally free with no ads or in-app purchases. We’ll take it! The developer has an optional Support Development app for $1.49 if you want to toss them some money. 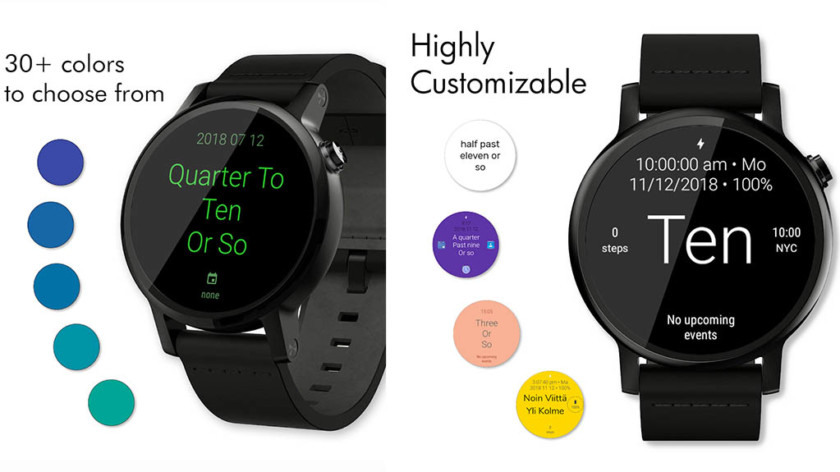 As you might imagine, this watch face bills itself as being minimal and elegant. It also has choices. The developers boast over 30,000 total watch faces that you can use. It also has a variety of other options, including the usual stuff like interactive features, Google Fit integration, and other customizations. It also has support for specific apps like Spotify, Pocket Casts, and other apps. It’s cheap and has a ton of features. It’s one of the better Wear OS watch faces. 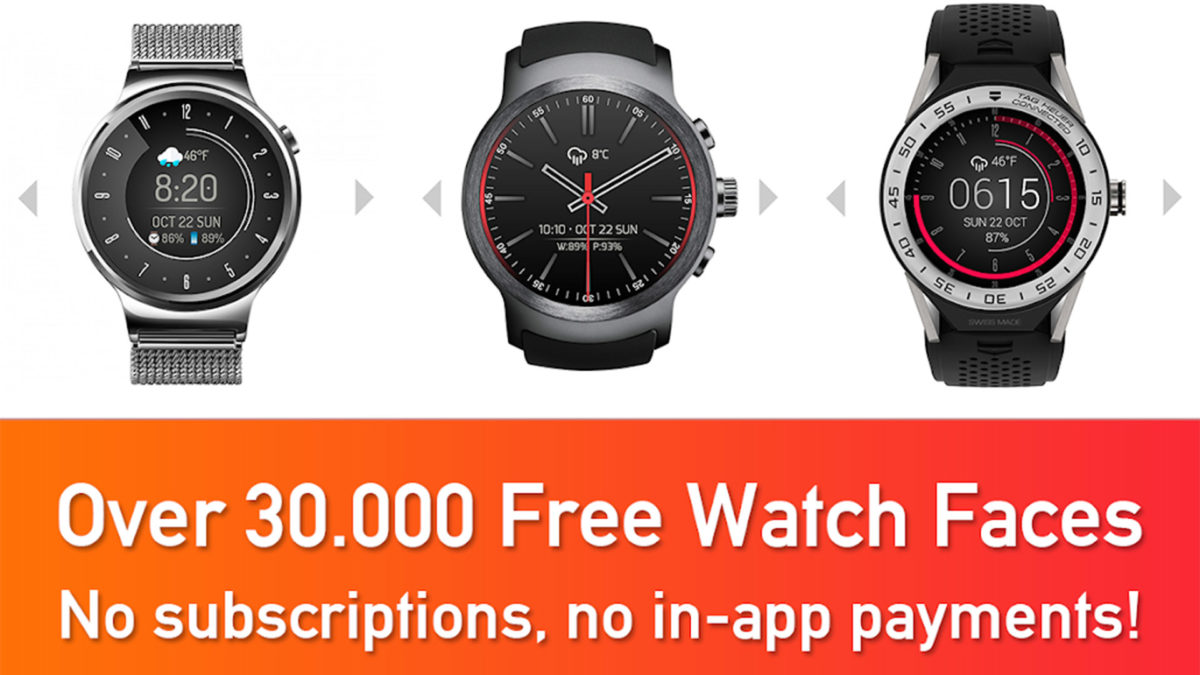 WatchMaker is a DIY watch face. It competes directly with similar apps like Facer. You’ll have plenty of tools to make your own Wear OS watch faces. Additionally, you can fork out for the pro version and get access to over 20,000 community-made watch faces. It’s not as in-depth as some watch face makers, but you can still get creative and have some fun. You’ll get some of it for free and the rest when you fork out $3.99.

If you feel numbers have no place on a watch, Word Clock Watch Face might be just the ticket. This face uses nothing but text but highlights relevant words based on the time of the day. For instance, while another face may display 15:15, Word Clock Watch Face will display, “It is quarter past three.” Aesthetically, the text and background colors can be adjusted to suit a users’ needs, while ambient mode is also supported. Currently, languages covered only include English and German, so be mindful of this before snagging this face. 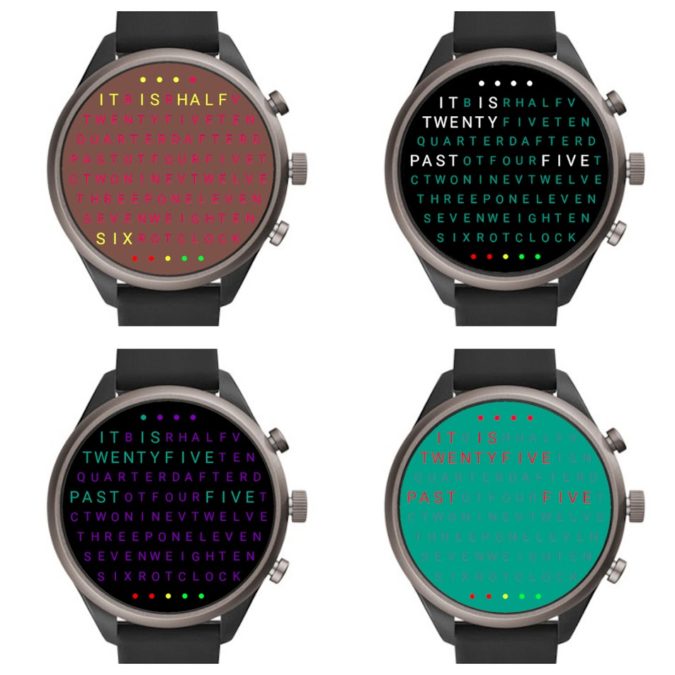 If we missed any of the best Wear OS watch faces, tell us about them in the comments. You can also click here to check out our latest Android app and game lists.